A car was blown up in the center of Luhansk 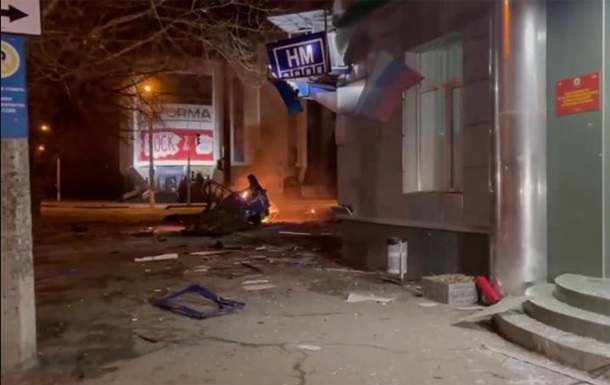 Two people were injured in the explosion

There was an attempt on the life of the head of the “representation of the Luhansk People’s Republic in the JCCC” Mikhail Filiponenko, separatists claim.

In Lugansk, near the building of the so-called “representation of the LPR in the Joint Center for Control and Coordination of the Ceasefire (JCCC)” an explosion occurred. This was reported by the separatist media on Monday, February 21.

“There was an attempt on the life of the head of the “representation of the LPR in the JCCC” Mikhail Filiponenko. A car exploded in the parking lot near the representative office. While the details are being clarified, the head was injured and the driver was injured,” he said.

Recall that on February 18, a powerful explosion thundered in Lugansk. In social networks, they wrote that it was supposedly a gas pipeline on fire.

On the same day, in the center of Donetsk, a powerful explosion occurred near the building of the “government of the DNR”.