Djokovic played his first match in 2022 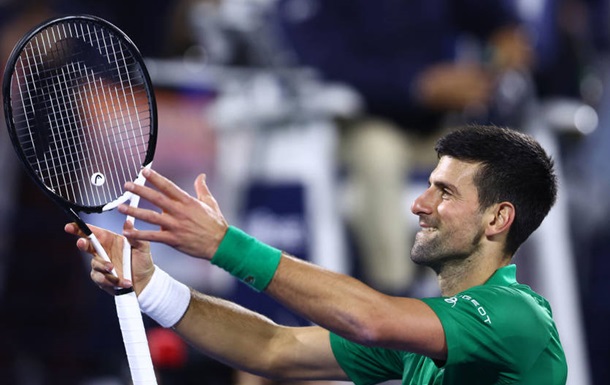 Djokovic scores a landslide victory in his first match of 2022

The first racket of the world started with a victory at the ATP tennis tournament in Dubai.

Novak Djokovic kicked off his 2022 tennis year with a win. Recall that the Serbian tennis player did not go to court for 2.5 months, missing the Australian Open due to refusal to vaccinate.

Thus, the first tournament for the leader of men’s tennis was the tournament in Dubai, where in the first round his opponent was the Italian Lorenzo Musetti, ranked 58th in the ranking.

Having missed the game, the first racket of the world simply took his opponent off the court, defeating him in 75 minutes with a score of 6:3, 6:3.

Note that Djokovic filed for relegation five times in the match and converted three out of four breakpoints.

In the next round, the Serbian tennis player will face the winner of the Khachanov-De Minaur pair.

Situation in Ukraine is unpredictable - Blinken

Kuleba urged not to delay with sanctions against Russia