Former judge Sergio Moro (Podemos), a pre-candidate for the Presidency of the Republic, may be investigated at the Superior Electoral Court (TSE) for an alleged practice of slush funds in his campaign to occupy the Planalto Palace.

An report published last Saturday (18) from the site The Intercept Brasil pointed out that the former judge would have charged R$ 110 thousand from the company Ativa Investimentos to give lectures to financial managers. According to the text, however, the meetings would have discussed their pre-campaign to the Planalto Palace.

:: Who is the conservative lawyer who articulates evangelical votes for Sergio Moro ::

Electoral law is unclear on the topic

The complaint presented by the report of the The Intercept Brasil considers that the legislation is not explicit about the legality of hiring a pre-candidate’s company so that he can debate his government plan.

“A electoral law allows a pre-candidate to present the intention to run, give interviews and talk about projects, but without asking for a vote. However, there is no clarity about hiring a company for the pre-candidate so that he can present his government proposals in a remunerated way”, says the text.

The specialist in electoral accounting Denise Goulart Schlickmann, a member of the Brazilian Academy of Electoral and Political Law, commented on the topic at the request of the report. According to her, there is a “gray area” in terms of rules for pre-applications.

“In this pre-campaign period, as it is not regulated, the only thing we can say with certainty in the election law is that the political party can promote events. But not the candidate. It is always subject to an evaluation by the Electoral Justice that may not be favorable,” he said.

Schlickmann said, however, without directly referring to Moro’s case, that “using a legal entity, if that is really what happened, allegedly in its favor, of its property, still, would certainly not be a practice considered lawful”.

:: Moro Case: Association of Jurists asks the MPF to change the prosecutor in the investigation ::

Of the BRL 110,000 charged by Moro, BRL 77,000 would go to his company, Moro Consultoria e Assessoria em Gestão Empresarial de Riscos LTDA. The other R$ 33 thousand would go to the company of Jorge Sirena, marketer of the former judge’s campaign.

Delos Produções Culturais Ltd is an arm of the DC Set Participações group. The Agreement mentions Delos as a “consenting party”, that is, the company is “able to broker and manage the interests and activities” of Moro’s consultancy. 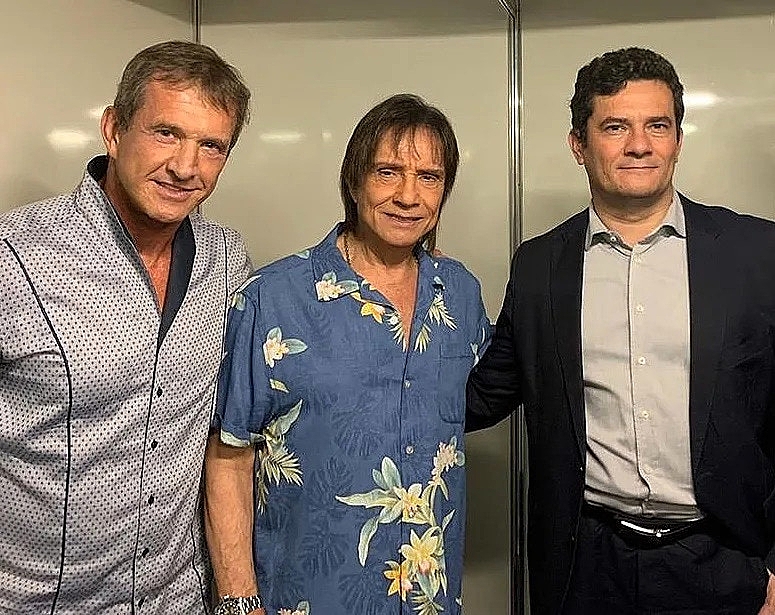 Roberto Carlos’s manager, Sirena is responsible for promoting Moro’s lectures; but, despite the payment of R$ 33 thousand, he would not be at the meeting in Rio / Reproduction / Instagram

:: A year after the end of Lava Jato, jurists analyze Moro and Dallagnol’s entry into politics ::

The contract between Moro and Ativa Investimentos was not published in full by the The Intercept Brasil. According to the report, the agreement provides for confidentiality clauses. “This may explain why photos were not released and none of the parties to the contract confirmed or denied the event. One of the items in the document draws attention to the fact that the speaker is a pre-candidate”, says the text.

One of the clauses was highlighted in the report: “THE CONTRACTOR [empresa de Moro] declares itself aware that the Speaker is a pre-candidate for President of the Republic and that, consequently, the dates of the Meetings must necessarily observe the restrictions of the electoral calendar, according to current legislation”.

“The facts need to be seriously investigated. Especially given the possibility that the former judge is using fictitious meetings and events to finance, in advance, his campaign and his marketer”, says Pimenta.

“There are serious indications that Mr Sérgio Moro practiced acts as a so-called candidate and, in this condition, illegally raised funds for electoral purposes, received donations from a prohibited source, and carried out irregular electoral spending”, wrote the deputy.

Bus strike is suspended in São Luís, and workers are taken to the Federal Police