Two weeks after returning to face-to-face classes in São Paulo’s municipal education system, the euphoria of returning to school life is combined with a list of complaints involving spoiled meals, infrastructure problems and difficulty in accessing uniforms and school supplies.

Since the beginning of face-to-face classes, on February 7, municipal schools in the north and south of São Paulo have received rice with larvae, rotten vegetables and moldy cookies.

Last Thursday (17), the Health Surveillance, the Public Ministry and the Municipal Court of Auditors (TCM) were activated by the mandates of Councilor Celso Giannazi and State Deputy Carlos Giannazi, both from Psol.

In a note, the School Feeding Coordination (Codae), of the Municipal Department of Education (SME) of São Paulo, stated that “the appropriate administrative measures are being taken” and that “it is the responsibility of the school manager or person indicated by him. the careful checking of the products at the time of delivery”.

Read too: State Public Ministry will investigate the outsourcing of public education in Paraná 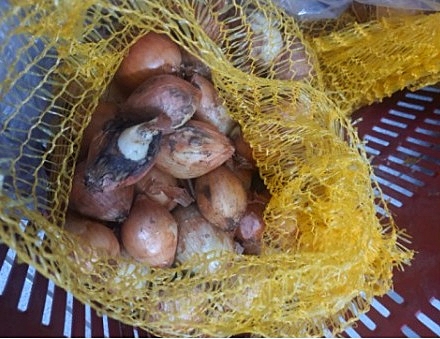 On behalf of the TCM, parliamentarians attach an image of moldy food delivered to the municipal school system in São Paulo / Disclosure

The episode comes a few months after another complaint was made public involving a company hired by the municipal administration to provide school meals, Singular Gestão de Serviços Ltda.

Between November and January, the contractor delayed by months the payment of its workers, as well as the delivery of basic items to municipal schools in the east side. As a result, last year school cooks went on strike and classes were suspended.

“As the company did not pay its employees, many did not go to work. We visited many schools and, incredible as it may seem, some workers from this Singular company, even not receiving [salário] and not having the basic items, they took them from their homes. You see: they took onions and potatoes from their homes to the school unit, so the children could have something to eat”, says councilor Celso Giannazi.

O Brazil de facto tried to contact Singular, which has had contracts with the City Hall since 2016, but was not answered.

After an inspection team from the Municipal Court of Auditors judged the complaint to be valid, the situation of delivery of food items was regularized.

:: Back to school: vaccines are needed for children and resources for schools ::

Although the City of São Paulo – under the management of Ricardo Nunes (MDB) – has released access to credits that allow the purchase of uniforms and school supplies for 2022 on the 15th, the application comes showing failures. Those who still haven’t managed to solve the obstacle with the tool are reusing old clothes.

This is not, however, the only difficulty in accessing municipal education involving technology.

The result of the São Paulo Test, an assessment applied by the Municipal Department of Education at the end of the 2021 school year, revealed worrying impacts of the pandemic on the learning level of students in all areas covered: mathematics, Portuguese and natural sciences.

The performance on the test showed that 94% of young people in the 9th year of elementary school learned less than expected in mathematics. The same goes for 85% of 6th grade students.

It turns out, however, that the test was applied in digital media. According to a TCM inspection, “the Municipal Department of Education faced operational and managerial difficulties”.

In addition to the precariousness of the internet connection in several schools, the Court of Auditors notes that the use of tablets students’ personal data was problematic for several reasons.

“Students forgot the device at home or were afraid to take them to school, devices were not working properly, or were waiting for maintenance, or, even if in operation, they had difficulties in carrying the evidence”, describes the TCM inspection document. .

Read more: Column | Back to School: Vaccination is needed for children and resources for schools

“We had practically a year and a half without face-to-face classes. It was the period for the SME to use the resources available in the budget – because we have it, almost R$380 million are destined for the renovation of school units – to prepare schools for this return”, evaluates Celso Giannazi.

According to the councilor, the city hall fulfilled the promise made at the end of 2020 to buy equipment for the installation of digital rooms in all schools in the municipal network. “But they weren’t installed. Almost all schools have this equipment abandoned, stored for more than a year”, he criticizes.

Infrastructure reforms are also pending in several units. This is the case of the Municipal School of Early Childhood Education (EMEI) Professor Rosa Maria Dôgo de Resende, in the south of São Paulo. Since the fall of a tree destroyed the water tank about a year ago, it has been closed awaiting renovation.

Also in the south zone, in the Grajaú neighborhood, the Municipal School of Elementary Education (EMEF) Professor Lia Maria dos Reis de Jesus Souza Silva is working, but with closed rooms. There are more than 300 days of waiting for a reform that solves the situation of the rain that falls inside the classroom.

In the west, EMEF José Maria Pinto Duarte had part of its area closed by the Civil Defense due to cracks in the structure.

O Brazil de facto contacted the São Paulo Municipal Department of Education, but had no response until the end of the article. If the agency responds, the report will be updated.

“It will be in emotion”, says political scientist Camila Rocha about definition in the first round

Lula has already won in New Zealand, the beginning of voting in Brazil has no record of occurrences

João Pedro Stédile, from the MST: “We have to combine institutional struggle with mass struggle”

It's brilliant: Trump on Putin's recognition of the LDNR