Lula is isolated leader with 42% and Bolsonaro has 27%, says new survey Exame/Ideia

Former President Luiz Inácio Lula da Silva (PT) leads the race for the Planalto Palace, with 42% of voting intentions, according to the latest Exam/Idea researchreleased this Thursday (24).

President Jair Bolsonaro (PL) is in second place, with 27%. Behind them are former judge Sergio Moro (Podemos), with 10%, and former Ceará governor Ciro Gomes (PDT), with 8%.

:: Lula has 48% of valid votes and could win in the 1st round, but Bolsonaro grows again, says CNT ::

About last survey, published a month ago, Bolsonaro grew at the limit of the margin of error – at the time he had 24% of voting intentions in the first round. Lula, in turn, rose 1 percentage point.

The survey does not show a reduction in the distance between Lula and Bolsonaro above the margin of error (3 percentage points). The result contradicts recent research published by PoderData and CNT/MDA.

In the second round, Lula leads all scenarios. Against Bolsonaro, the PT has 49% of voting intentions, and the current president has 35%.

:: Distance between Lula and Bolsonaro has fallen? Understand what the PoderData survey says::

Read the graphs published by Exame/Ideia: 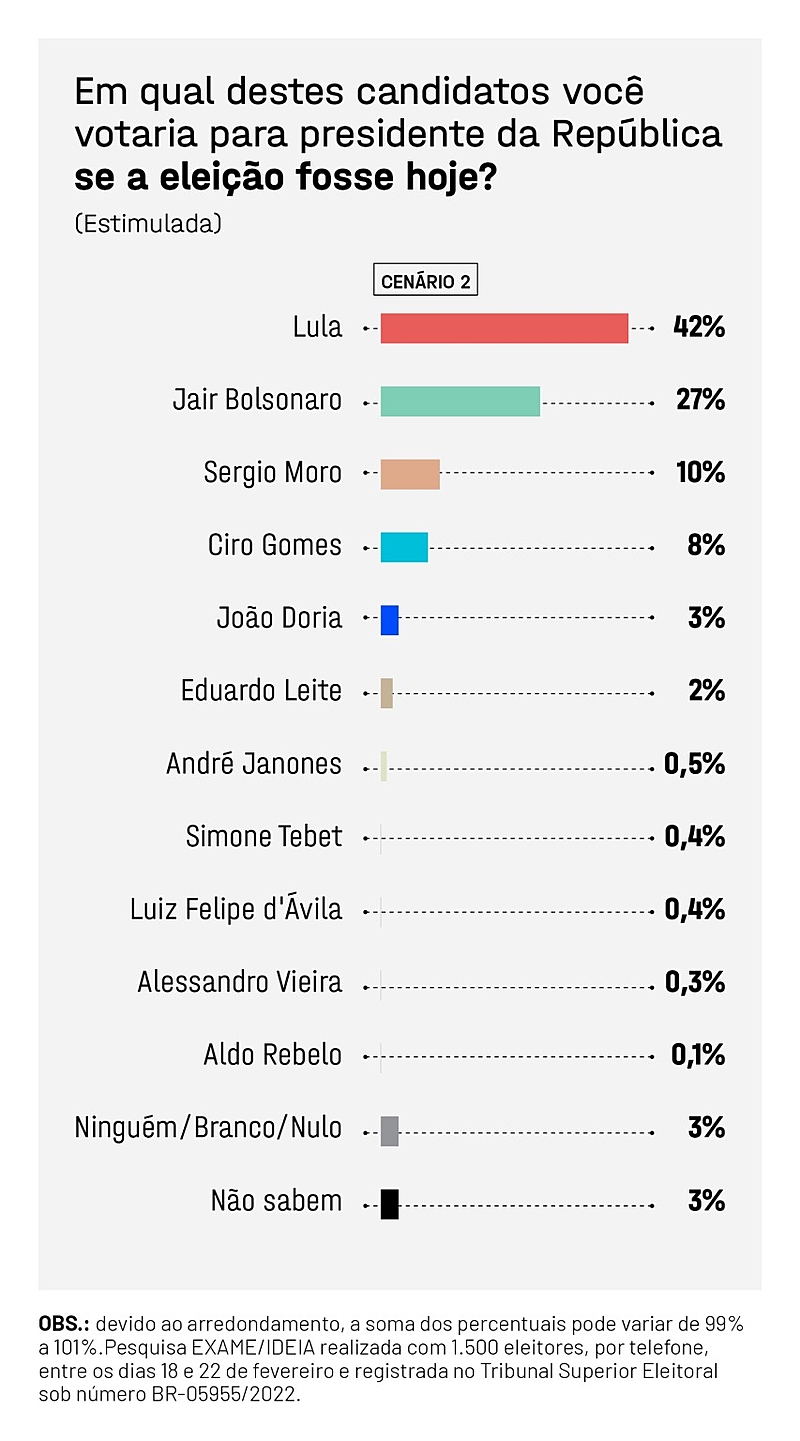 Voting intentions in the 1st round of the 2022 presidential elections – Scenario 1 / Reproduction/Art: Exame 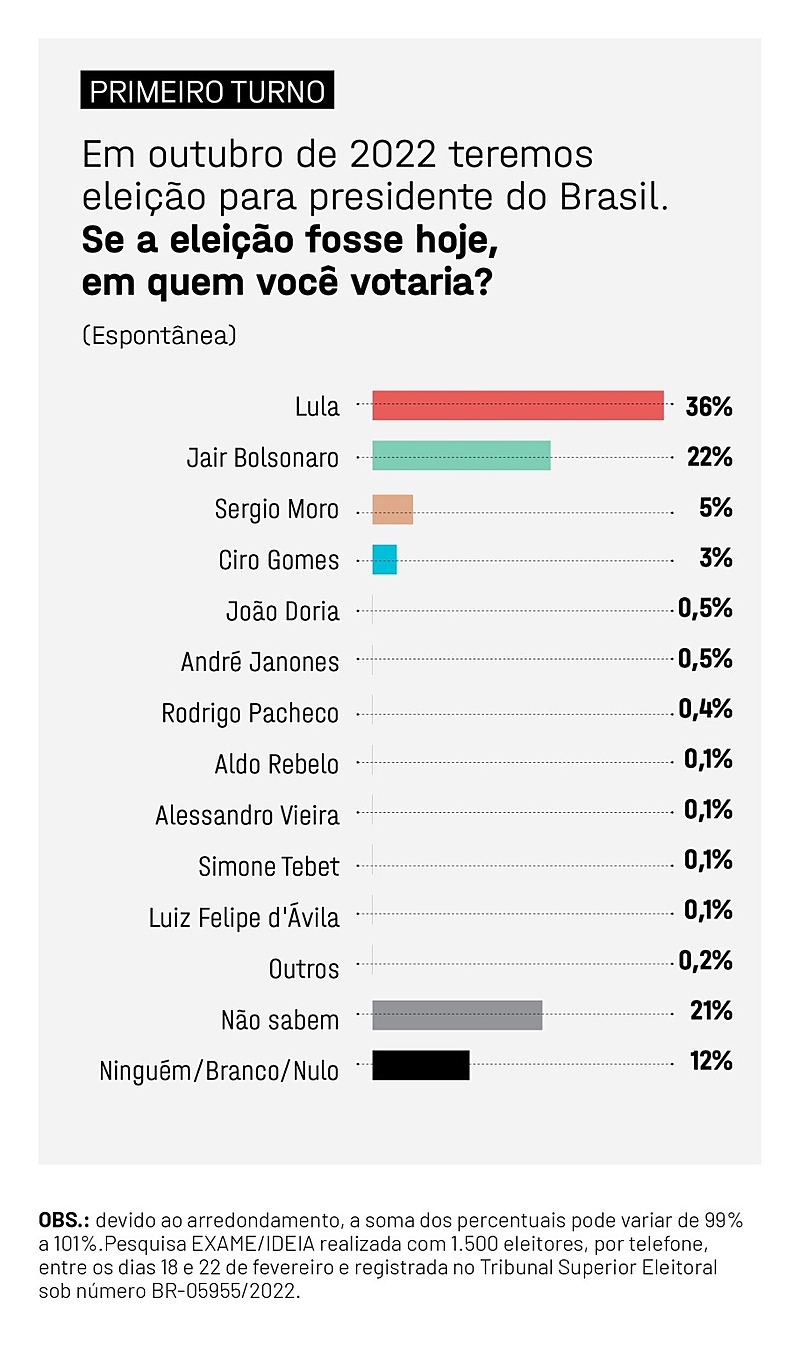 Voting intentions in the 1st round of the 2022 presidential elections – Scenario 2 / Reproduction/Art: Exame

Disapproval of Bolsonaro’s administration reached 50%, one of the highest in the series since he took office in January 2019, but lower than in the last poll, when 55% of Brazilians did not approve of the way Bolsonaro governs.

The poll heard 1,500 people between the 18th and 22nd of February. The interviews were conducted by telephone, with calls to both residential landlines and cell phones. The margin of error is plus or minus three percentage points. The survey was registered with the Superior Electoral Court (TSE) under the number BR-05955/2022.

Primate of the UOC-MP to Putin: the war with Ukraine is a repetition of the sin of Cain