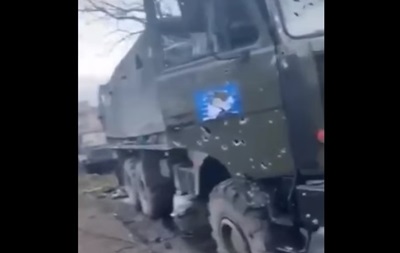 A convoy of vehicles was destroyed in Bucha

In a close suburb of Kiev, the Armed Forces of Ukraine took the fight and destroyed a convoy of Russian equipment, netizens claim and post the corresponding video.

A video of a destroyed column of Russian troops in Bucha, a close suburb of Kiev, has appeared on Facebook.

“Bucha, Melniki district. They bombed a convoy of equipment, damaged the nets, there are corpses on the ground,” the commentary to the video says.

Earlier, a video of the battle with the Russian Armed Forces in Bucha was published on the network.

Facebook users also showed the moment of the rocket attack on Bucha.

Recall that on February 24, the Russian Federation invaded Ukraine under the pretext of “providing assistance in the Donbass”, attacking Ukraine in four directions at once and preliminary inflicting missile strikes on a number of Ukrainian cities, including Kiev. Second day Armed forces put up fierce resistance.

Ukraine and Russia will play on neutral fields