The traditional Bloco Cacique de Ramos, which turned 60 in 2021, is the subject of a solo show by plastic artist Alexandre Palma. The exhibition “Eu sou Cacique” is on view at the Modernistas gallery, in Santa Teresa, downtown Rio, until April 2, with free admission.

The pandemic prevented the realization of the classic vibrant parade and reference to the popular culture of Rio, so, to honor the six decades of the block, Alexandre decided to hold the show. Through the colors red, white and black, the works bring references to Afro-Brazilian and indigenous history.

Alexandre Palma explained in an interview for the program Brazil Centraltransmitted by TVT and produced in partnership with Brazil Indeed, that Cacique de Ramos is more than a carnival block, and has great importance for society.

Read too: Rio has street carnival canceled, but growth in private party programming

“The people who are in Cacique de Ramos have an awareness and a very important perception for the present day of the need to reaffirm the fun and revelry, but in a critical perspective, because there is an interest in sending a message about diversity, interculturalism and possibility of exchange’, said the artist. 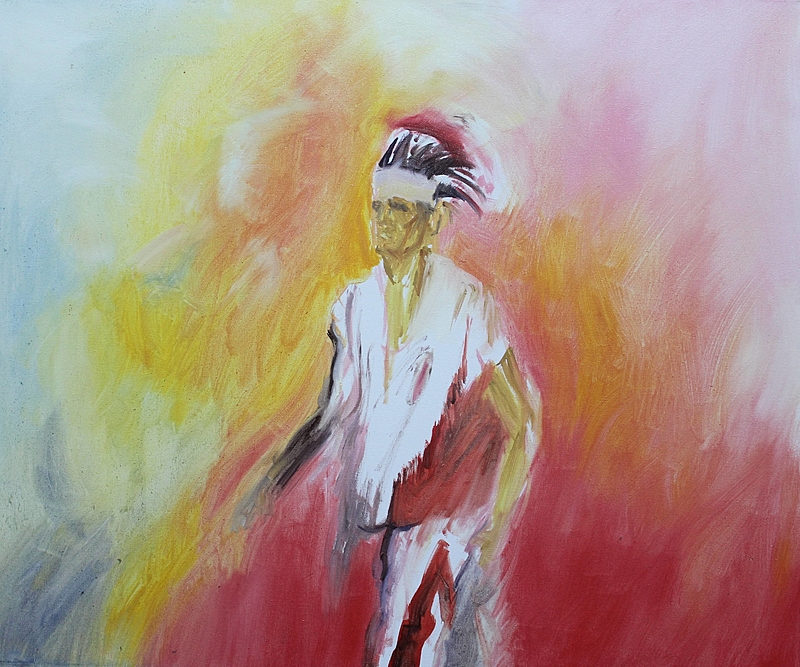 Exhibition is on display at the Modernistas gallery, in Santa Teresa, downtown Rio / Alexandre Palma

Listed in 2010 as Intangible Heritage of the city of Rio de Janeiro, the Cacique de Ramos block was the birthplace of samba for artists such as Zeca Pagodinho and Grupo Fundo de Quintal, and had as godmother the late Beth Carvalho.

For the artist, Alexandre Palma, the exhibition is a “possibility to reaffirm the importance of Cacique de Ramos and also to show how the visual arts can dialogue with music”.

The exhibition “Eu sou Cacique” is on display from Thursday to Sunday. Guided tours with the artist take place every Thursday at 3 pm. The modernist gallery is located at Rua Paschoal Carlos Magno, 39, in Santa Teresa, in the central region of Rio.

Residential building in Chernihiv came under fire from Grad