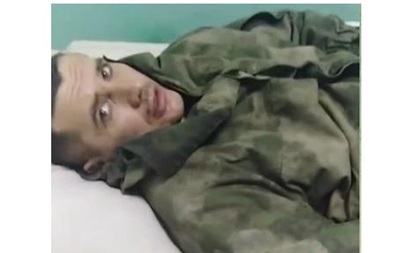 The squad leader was taken prisoner near Ovruch. During interrogation, he told how much he was paid in Syria and how much they pay in Ukraine.

Ukrainian servicemen captured the commander of the Wagner branch of the PMC. The video of the interrogation is published by the telegram channel Pravda Gerashchenko.

The man in the video said that he participated in the Russian operation in Syria, where he received 60 dollars a day. For participation in the war against Ukraine, he is paid 56 thousand rubles a month, plus 2% of the field from 23 thousand rubles (salary).

He also spoke about his injuries.

The commentary to the video indicates that the place of captivity is Ovruch (Zhytomyr region).

According to the latest data from the General Staff of the Armed Forces of Ukraine, 200 Russian servicemen have already been taken prisoner.

Recall that on February 24, the Russian Federation invaded Ukraine under the pretext of “providing assistance in the Donbass”, attacking Ukraine in four directions at once and preliminary inflicting missile strikes on a number of Ukrainian cities, including Kiev. The armed forces put up fierce resistance.

Radio Ozodlik: Russia attracts migrants from Uzbekistan to the fighting in Ukraine