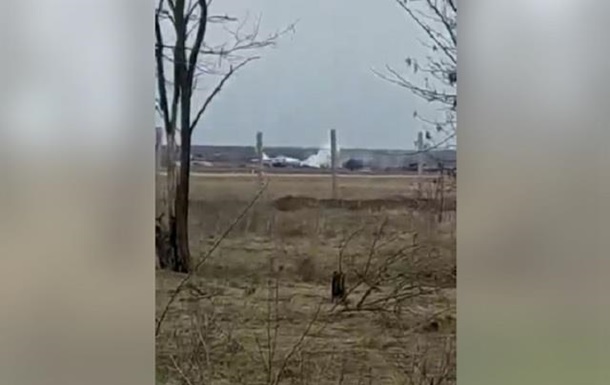 A plane on fire at the Taganrog airfield

Eyewitnesses filmed the plane at the Taganrog airfield, which allegedly caught fire from a missile attack.

The Russian city of Taganrog was hit by a missile. Rockets fell on the local airfield and damaged the aircraft. This was reported in social networks on Tuesday, March 1.

So, eyewitnesses filmed and posted videos on the Internet, which show how something is on fire in the area of ​​\u200b\u200bthe airfield on which the aircraft is standing. The voice-over, meanwhile, says that rockets fell on the airfield.

On the other video, you can see how a certain aircraft is standing at the airfield, from which smoke is coming. At the same time, it is not yet clear who fired the missiles.

Kherson under shelling, residential buildings are on fire - mayor