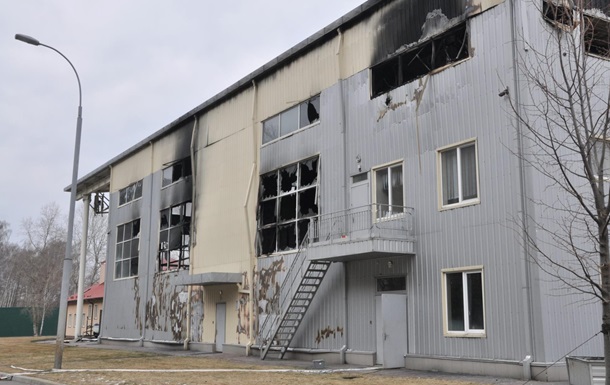 Consequences of the strike on Mezhyhirya

People from nearby villages and refugees from those places where battles with Russian occupiers are already underway are hiding in local basements.

In the Kiev region, the residence of the former President of Ukraine Viktor Yanukovych, Mezhyhirya, came under a bomb attack. This is reported Slidstvo.Info on Friday, March 11th.

It is indicated that Mezhyhirya has now actually turned into a military facility. Between the buildings, the water surface of the Kiev Sea is visible, over which the Ukrainian military regularly shoot down enemy aircraft.

According to the commandant of Mezhyhirya, Denis Tarakhkotelik, people from nearby villages and refugees from those places where battles with Russian occupiers are already underway are hiding in local basements.

“There were days when up to 60 children took refuge with us. Now there are several dozen people,” he says.

The fact that a full-scale war broke out in the country was immediately experienced here. On the first night, the Russians dropped two cluster bombs on the territory.

“They bombed us with a plane, they destroyed all the mobile communications on the main tower,” says Denis. The equipment of the tower is broken, the communication on the territory does not work well. to make the tower fall, they hit with cluster bombs just to destroy the maximum equipment that the three operators had and so that there was no communication here. Thank God, everyone is alive.”

The second bomb flew into the area of ​​the park, near the pond where the swans rescued by zoo volunteers live. The fragments killed two swans – black and white.

In addition to cluster bombs, Mezhyhirya on the very first day at the beginning of the war came under rocket attack. The Russian plane launched a rocket at the embankment and hit the hangar area, where festivals of investigative journalists were held after the Revolution of Dignity. They were able to put out the hangar on their own.

On the eve it became known that a Russian tank regiment was defeated in the Kiev region. The commander of the regiment Colonel Zakharov was killed in the battle.


A huge convoy of Russian troops “resolved” near Kiev

Malinowski highly praised by WhoScored for match against Bayer