In an unprecedented move, MST prepares women’s candidacies for this year

Among the candidacies that the Landless Rural Workers Movement (MST) is expected to launch in this year’s elections, the organization is preparing a group of at least four women candidates who should focus the energies of the entity’s electoral base in some states of the country. This is the first time that the movement has articulated, nationally, a broad strategy of direct participation in state and federal elections.

In Rio de Janeiro, one of the national leaders of the movement will be the name of the day. Marina Santos had her pre-candidacy for state deputy by the PT launched on Thursday night (10), in a political-cultural act in the capital of Rio de Janeiro.

She points out that the preparation of names of leaders to act in the electoral scenario does not distort the entity from its historical and essential objectives in the popular struggle.

“The MST continues with the strategic focus, which is the occupation of unproductive large estates, is to enforce the Constitution [no sentido de] that those lands that do not fulfill a social function should be destined for agrarian reform”, he points out.

:: “It is necessary to dream and it is possible to fight”, says Marina from the MST, in an act of affiliation to the PT in Rio ::

The leader underlines that the organization understands as strategic the fight against the policies introduced and nurtured by the Bolsonaro administration since 2019. , and an ideological dispute that tries to orient Brazilian society towards conservatism. 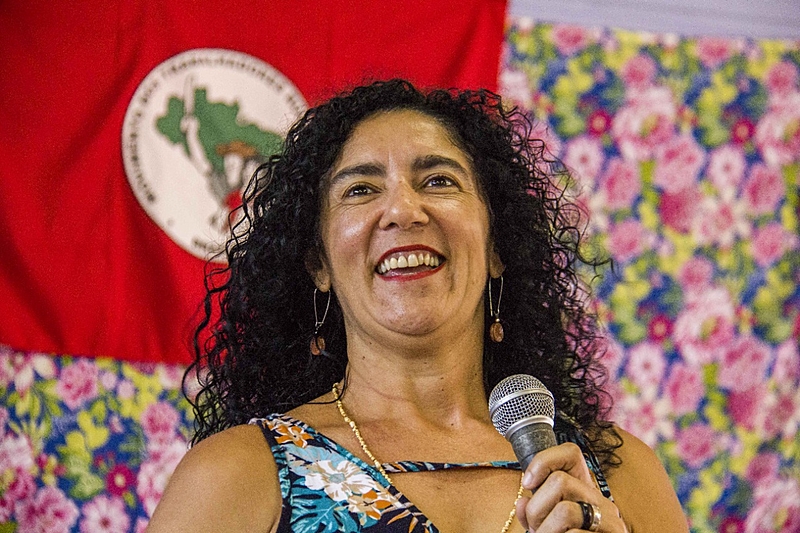 Active in the movement since the 1980s, Marina sees the state candidacy as a point of local stimulus around a popular agenda in politics / @pablovergarafotografia

“The MST continues to focus on the land occupation strategy, but, based on the reading of the setback that we are experiencing with the advance of Bolsonarism, the MST is also making itself available to strengthen the field of institutional struggle”, details.

In the case of the leader, the candidacy will be another point in the decades-long journey that she has been consolidating in politics. Having known the movement in the 1980s, when she worked in the Catholic Church, she now targets a seat in the Legislative Assembly of Rio de Janeiro (Alerj) as a strategic measure also to support a broader project of popular resumption of power.

“I think the issue here is in the sense of facing Bolsonarism in the state where he was born [Rio de Janeiro]. He needs to be buried here. In this sense, I would have no doubt that our contribution is also to work with a view to electing a different state government”, says Marina Santos, criticizing the management of the current governor of Rio de Janeiro, Cláudio Castro (PL) .

The leader also sees the consolidation of the candidacy as a groundwork and local articulation to help capitalize support for the eventual election of former President Lula (PT) to the Presidency of the Republic. The PT appears in first place in opinion polls, being the main opponent of President Jair Bolsonaro (PL).

“We will not measure efforts for the election of Lula, which we believe is an important tactic, mainly because we want to face the neoliberal agenda and also guarantee a good framework for the election of parliamentarians, whether at the federal level or in the state benches”, adds Marina. .

From the Northeast, a region where the MST managed to fertilize a collective struggle of many arms and with a capillary reach, three other candidacies of women members of the movement should come out.

The young activist Rosa Amorim, 25, is one of them and will join the PT this Friday (11) to run for a seat as a state deputy in Pernambuco. The state is the base where she grew up and started the political struggle, also supported by her parents, who are MST leaders and agrarian reform settlers.

Among other things, Rosa joined the Levante Popular da Juventude as a teenager, joined the student movement and studied theater at the Federal University of Pernambuco (UFPE), clinging to the pro-education struggle as her main political banner.

She is now betting on the initiative of the electoral campaign as a way to help stop the situation that made Bolsonaro’s arrival in power possible. “This is a time when elections play a central and strategic role in the dispute in society for these ideas and also for Bolsonarism”, she defends. 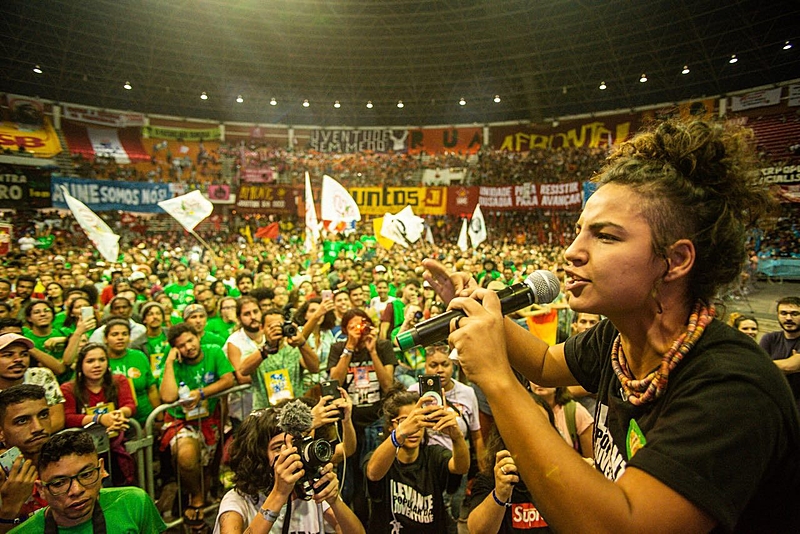 “As one of the largest popular movements in Latin America and the struggle for agrarian reform in the world, the MST has legitimacy. So, why not also occupy this space of institutional dispute through elections?”, asks Rosa.

The activist defends as one of the priorities for the political agenda the fight against hunger and the defense of health through the promotion of healthy eating, one of the themes voiced by the movement around the world. Other clippings also cross the plan of goals that Rosa intends to set in motion in the campaign.

Also highlighted are the identity guidelines, such as the defense of women’s rights. “The ‘Fora, Bolsonaro’, for example, if it is not a feminist, it will not come out because women are in the front line of the fight against the government”, he emphasizes.

In Bahia, who should focus the attention of the MST base in the state elections is the militant Vera Lúcia Barbosa, who will run for a spot as state deputy for the PT. It operates in the extreme south region of the state, where the entity solidified a series of measures that led to the implementation of agroecological settlements.

Vera Lúcia started in the organization in 1988, still 16 years old and during the third occupation of the MST in Bahia. It was the beginning of a journey that, since then, has included almost 12 years in the national leadership of the movement, which ended in the 2010s.

In the activist’s curriculum, the action in defense of women’s rights draws attention. Among other things, she was the first secretary of Policies for Women in Bahia, in the Jacques Wagner (PT) government, in 2011. For her, the dispute for a seat in the Legislative Assembly of Bahia (Alba) involves the need to fight for the effectiveness of a popular agenda.

“Here, in Bahia, the involvement of the MST in party politics is kind of natural. We already have a trajectory here that, since the beginning of the MST, we were already fighting for land, but always helping with party organization and already pointing to this business of candidacies from supporters of the movement and some, even, of the MST”, he recalls. .

She points out that, in Itamaraju (BA), for example, the entity launched a first candidate for local mayor in the 1990s, still in the early days of its journey in Bahia. Among the chapters that came later, the election of settler Valmir Assunção, now a federal deputy for the PT for 11 years, stood out. 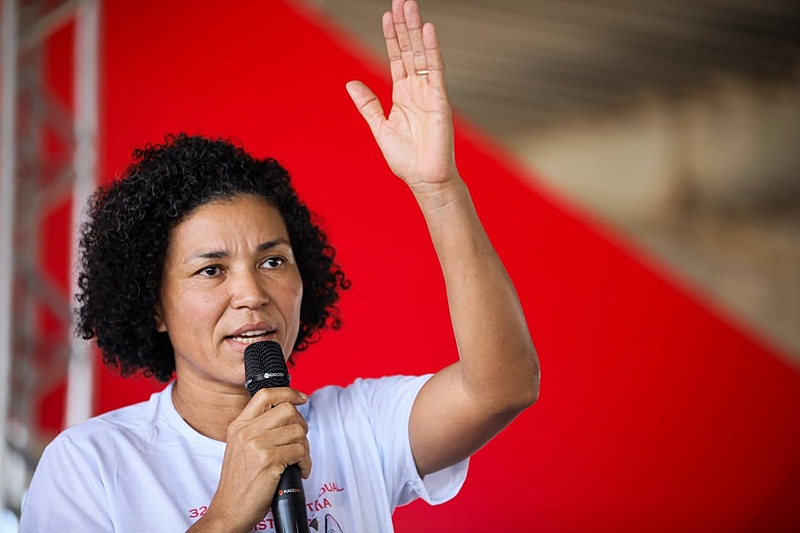 Vera Lúcia joined the MST at the age of 16, participating in one of the entity’s first occupations in Bahia / Jonas Santos

“And, before he was elected federal deputy, we elected him as a state deputy”, recalls the future candidate, who believes in the occupation of the Legislative Power as a strategic way to implement the popular agenda. In this sense, for this year’s election, the MST will bet on the double “Vera Lúcia-Valmir Assunção”, aiming at a greater reach of the organization’s performance in parliament.

In the Chamber of Deputies, for example, in addition to Valmir, the entity currently has two other deputies. They are João Daniel (PT-SE) and Marcon (PT-RS). “Now, we are understanding that it is important to have another figure of ours, which is the state candidacy, as an important space to reinforce our internal struggle and as an accumulation of forces to occupy other spaces”, says Vera Lúcia.

Gilvânia Ferreira, who will compete in the Chamber of Deputies, in Brasília (DF), for the PT in Maranhão, will also run in October. Born in Paraíba, she is 51 years old and has dedicated 30 of them to the struggle for the democratization of access to land through her participation in the movement. The engagement, which she started when she was still a teenager, has helped to feed, in recent times, interest in institutional politics.

She anticipates that she will work with thematic axes in the campaign, putting as a point on her agenda a series of agendas that are under the baton of the federal Legislative Power. Among them are the need to formalize quilombola territories that still face pending issues and the demarcation of indigenous lands.

The list should also feature, for example, the recognition of the babassu reserve areas, identified as environmental heritage and one of the productive forces of Maranhão. Gilvânia cites the concern with the advance of predatory economic activities that prohibit the performance of popular characters in the region.

“This is a heritage of women coconut breakers. So, as coconuts are cut down to plant soybeans, eucalyptus or grass for livestock, these women are left without their livelihood because they do not own the land, but use the babassu trees for their survival”, she says, defending the legal preservation of these areas. 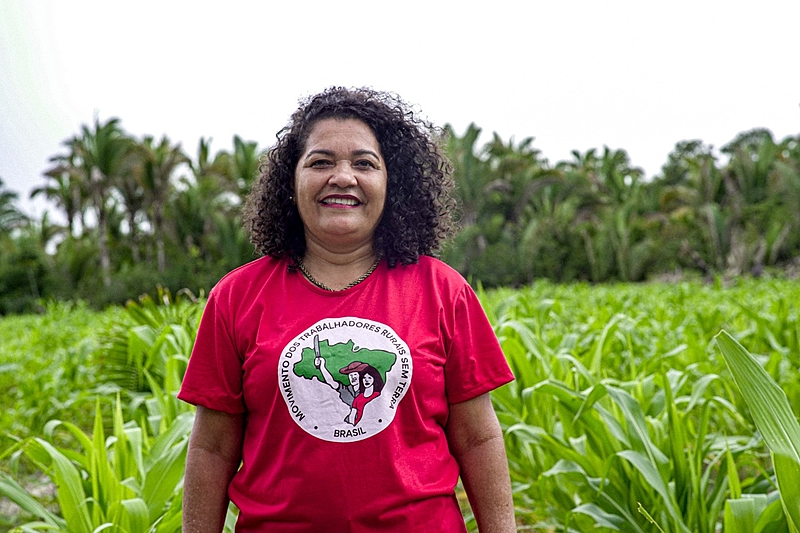 Of the 51 years of her life, Gilvânia dedicated 30 of them to engagement in the MST / Hannah Letícia

The future candidate also intends to put issues of national sovereignty on the agenda, with emphasis on food sovereignty and investment in food production. The area has been suffocated by neoliberal policies that have discouraged the segment throughout the Bolsonaro administration and jeopardize the country’s food supply.

“We have to demand this from the federal government, so that crucial issues such as food production are included in the state budget, and not the focus on what agribusiness produces. It is also necessary to focus on healthy foods”, defends Gilvânia.

Construction of the Norway-Poland gas pipeline resumed in Denmark

Kostyuk in the second round of Indian Wells