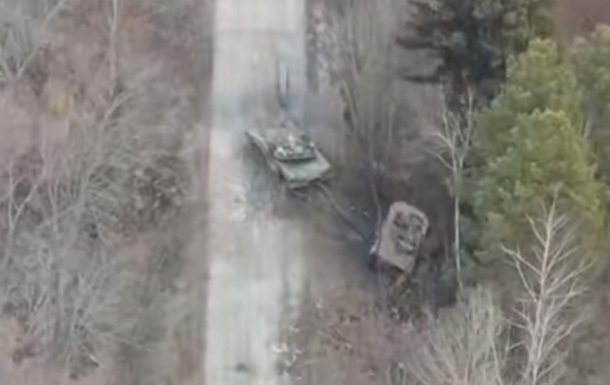 Broken tanks of the Russian military

On a fresh video with a defeated column of military equipment of the invaders, about ten wrecked tanks were filmed.

The Ukrainian military from the 10th mountain assault brigade showed a video with the destroyed equipment of the Russian invaders. Footage of destroyed Russian tanks was published on Monday, March 14 on the brigade’s page in Facebook.

“A little hospitality to our fascist neighbors. One minus – the price of scrap metal is falling,” the caption says.

Where exactly this column was broken is not specified.