Are 132,290 families, around 500,000 people, across the country who are at risk of being evicted from March 31. The date is the deadline for the suspension of removals forced, determined by the Federal Supreme Court (STF) on account of the pandemic.

In order to avoid the massive wave of evictions and under the slogan “Prorroga STF”, demonstrations are scheduled for this Thursday (17) in several cities in the country.

The acts, demanding that the Supreme Court extend the validity of the decision that took place within the scope of the Argument for Noncompliance with a Fundamental Precept (ADPF) 828, are being organized by the National Zero Eviction Campaign and by social movements.

In Brasília, the protest goes to the door of the STF. In the capital of São Paulo, the concentration is scheduled for 1 pm on Avenida Paulista and should march to the center, where the São Paulo Court of Justice (TJ-SP) is located.

As Vanessa Mendonça, a resident of Ocupação dos Queixadas, where 105 families live in Cajamar (SP), explains, “the idea of ​​the acts on the 17th is to make the STF extend the ADPF but that, in addition to the extension, the states and municipalities provide alternatives for these families”.

Hundreds of thousands of people with imminent eviction

According to data compiled by the Zero Eviction Campaigna national articulation that brings together 175 entities, since the covid-19 pandemic arrived in Brazil in March 2020 until February 2022 there was a 602% increase in the number of families threatened with losing their homes.

:: More than 27,000 families were evicted in Brazil during the pandemic ::

The Brazilian states where the most people live on the verge of being forcibly removed from their homes are São Paulo, Amazonas and Pernambuco. In the state of São Paulo alone, there are 42,599 families in this situation.

Psychological torture in the face of social and economic crisis

Among them are those who live at the Marielle Vive Camp, organized by the MST in Valinhos (SP). Gerson Oliveira, one of the coordinators of the occupation, highlights the psychological suffering that the 450 families are going through.

“It’s the possibility of having their homes and lives destroyed with the eviction. The real possibility of families not having enough to eat. The fear is very great”, he describes.

Founded on April 14, 2018 from the occupation of land that did not fulfill a social function, Marielle Vive has, as the main symbol of its agroecological production, a collective garden in the shape of a mandala of one thousand square meters. 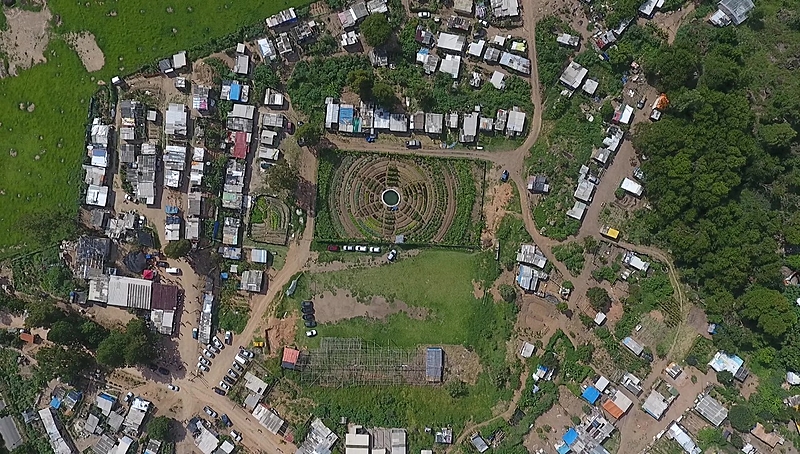 In discrepancy with the autonomous production of healthy food, data from the Brazilian Institute of Geography and Statistics (IBGE) attest that, in the last five years alone, three million more people began to go hungry in Brazil.

:: Inflation and unemployment should worsen hunger in Brazil in 2022, says economist ::

Citing the high unemployment rate in the country – which currently reaches nearly 17 million of people between the unemployed and the discouraged – Vanessa points out that “there is no way to pay rent and eat”.

“Along with that, we live the increase of food, gas and rents”, exposes the activist of the Popular Fight movement.

“Now with the war in Ukraine and all this geopolitical issue, we are experiencing a sequence of high prices” adds Gerson Oliveira, from the MST, as he exemplifies the rise in the cost of beans and fuel.

“We are very concerned, but we are also mobilizing and articulating ourselves to face this scenario. We know that the ADPF has a lot of possibility of being extended, but it may not be”, emphasizes Oliveira, remembering the pressure of “ruralists and sectors of the business community ” on the ministers of the Supreme.

“It has never occurred, at least in recent history, that so many evictions are scheduled for the same period”, evaluates Vanessa. “So the unity of action of all movements is extremely important at this moment. Because we know what land there is, we know what empty property there is”, she says.

Oliveira also highlights the organizational balance between housing movements in cities and the countryside since the beginning of the pandemic.

In his view, it is necessary that the articulation remains strong to avoid evictions in the next period, with or without an extension of the STF. “It is precisely a construction of unity around the defense of territories. In defense of the right to fight”, he summarizes.

Temer did not decide to support Bolsonaro, president questions first round without evidence and more

Medvedchuk in Ukraine, a reinforced group of security forces is looking for him - media

The OP reacted to the new idea of ​​demilitarization