Despite the fact that there is a portion of voters who are hopeful for an internal agreement, the disaffiliation of deputy Marília Arraes from the Workers’ Party (PT) is taken for granted, although not yet made official.

The parliamentarian must join the Solidarity party and assume command of the acronym in Pernambuco, and may run for the state government or the Senate later this year.

According to the electoral calendar of Elections 2022, state and federal deputies have until April 1 to change subtitles without running the risk of losing their mandate.

Last year, Marília reaffirmed her desire, in this year’s elections, to participate in larger disputes, seeking the seat at Palácio do Campo das Princesas or Pernambuco’s seat in the Federal Senate.

However, the Pernambuco PT formed an alliance with the PSB, receiving support for Lula’s candidacy for the Presidency of the Republic and, in return, supporting the socialist candidacy for the Government. This agreement is what can drive Marília away from the party.

A scathing opponent of the PSB in the state, Marília did not publicly oppose the alliance, but does not support it. When the PT started to claim a seat in the Senate, Marília’s allies claimed that she would be the figure with the most legitimacy for the dispute, given that she was the most voted PT politician in the state.

Despite the allies claiming the space behind the scenes, she herself at no time publicly stated her intention to be a candidate for the Senate on a ticket with the PSB. And at first the socialists also made it clear that they did not trust Marília to walk together in the electoral dispute.

The Workers’ Party (PT) also greatly delayed the definition of the nomination, given that Danilo Cabral’s candidacy for the government has been decided for 40 days. But because there is a recent history of national interventions in the decisions of the directorates in Pernambuco – precisely in response to the internal disputes that sometimes hinder decisions – Senator Humberto Costa asked the national directory not to intervene this time.

Read more: Danilo Cabral, from PSB, is the candidate for governor of the Popular Front in Pernambuco

The result was a series of meetings in which the candidates for the vacancy only increased, without any definition. Other candidates are federal deputy Carlos Veras, state deputy Teresa Leitão and former state deputy Odacy Amorim.

Marília Arraes’ position was apparently contradictory. She wanted to go into a bigger dispute, but without putting herself publicly, since she didn’t want to go up on the PSB platform. The only way to resolve this contradiction was to leave the PT, so that it can go into this larger dispute, but without an alliance with the PSB. And that was the path taken by her, who should join Solidarity in the next few days and apply claiming consistency with her position in the state.

Searched for by the Brazil de Fact PernambucoMarília’s office did not respond to questions about the affiliation to Solidarity and announced that, this Friday (25), the deputy will hold a press conference to announce the next steps in her political trajectory.

In Pernambuco, Solidarity has always been led by Augusto Coutinho, a right-wing federal deputy with roots in the DEM, but who in Pernambuco composes with the PSB.

Faced with the difficulty of assembling slates for deputies’ disputes, Coutinho left the party and joined the Republicans, a party commanded locally by Silvio Costa Filho and nationally by the Universal Church.

The national leader of Solidarity, Paulinho da Força, closed an agreement to put the party in the hands of Marília Arraes. The party had already closed support for Lula and, with the entry of Marília, the acronym should leave the PSB’s support base in Pernambuco.

Attempts to contain the crisis

News about Marília’s migration has been circulating since the 16th, which led pre-candidate for governor Danilo Cabral (PSB) to reduce resistance to having her on the ticket as a candidate for the Senate by the PT.

Marília chose not to participate in the PT meeting last Sunday. And shortly after the party’s public communication that she was chosen to be nominated for the Senate, the deputy published a note accusing the party of “carelessness” and “hasty”.

“I was not consulted and I did not authorize them to involve my name in any negotiation, even less to make it public, as if they were masters of my destiny”. In the note, Arraes also complains about having been vetoed in the government dispute in 2018, on behalf of the alliance with the PSB; and of having suffered, in the race for mayor in 2020, an internal boycott of the party leadership. 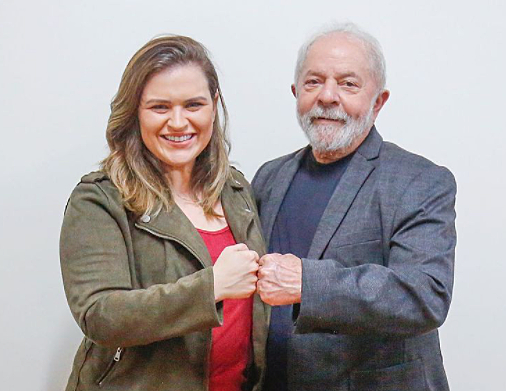 Marília had a meeting with Lula, but did not receive guarantees of support for a postulation for governor / Cláudio Kbene

On Monday (21), he went to São Paulo to talk to Lula. He informed the PT leader of his departure from the party, but promised that he would give another platform in the state to the PT presidential candidate. It is uncertain, however, whether she will have any public sign of support from Lula, who has already closed support for Danilo Cabral (PSB).

On Tuesday (22), in Brasília, Marília Arraes was already openly talking to fellow deputies that she was really leaving the PT, blaming the “hatred” directed at her by the main chief of the party in Pernambuco, Senator Humberto Costa.

Also on Tuesday, Humberto Costa used social media to rebut the deputy. He said he never vetoed Marília’s name for the Senate and that he even participated in the meeting where her name was chosen.

The senator also sought to prove himself loyal to the PT, criticizing politicians who “make successive party changes” and affirmed that he always carried out the party’s and Lula’s decisions in a disciplined manner, even when contradicted. “My individual project is not bigger than the PT project”, he pointed out.

Humberto was a pre-candidate for the Government of Pernambuco this year and appeared leading the polls, but withdrew his name after the PT’s national decision to support the PSB in the state.

The scenario in Pernambuco is one of a large number of pre-candidates that are already competitive. In addition to federal deputy Danilo Cabral, who represents the last 16 years of PSB management in the state; and the possible candidacy of deputy Marília Arraes for Solidarity; there are also the names of three mayors who should leave the municipal administration this week to seek the government.

From the metropolitan region, the mayor of Jaboatão, Anderson Ferreira (PL), will be Bolsonaro’s candidate; in the agreste, the mayor of Caruaru, Raquel Lyra (PSDB), goes to seek the government with the support of João Dória; and in the hinterland, the mayor of Petrolina, Miguel Coelho (MDB), also linked to Bolsonaro. The pre-candidates João Arnaldo (PSOL) and Jones Manoel (PCB) run on the outside.

At this point in the race, it is difficult for Marília to form a new range of alliances, as most acronyms are already committed to a candidacy. Therefore, there is still no certainty about Marília’s candidacy for the Palácio do Campo das Princesas, and a composition with Raquel Lyra (PSDB) is possible, in which one of them competes for the seat in the Senate. 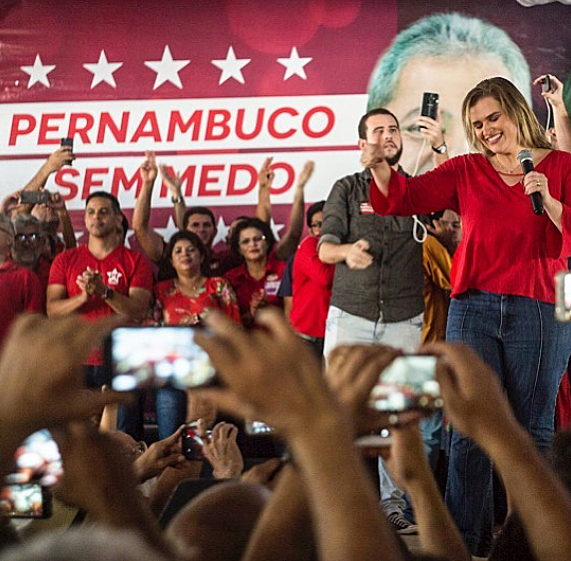 In 2018 Marília was a pre-candidate for the government, but a national seam led PT Pernambuco to close support for Paulo Câmara (PSB) reelection / Disclosure

If Marília becomes governor, the scenario becomes even more complex and, for the time being, difficult to predict. But if she runs for the Senate, she might have an easier time. After all, the PT electorate in the metropolitan region may even grant the right to vote for the PSB for the Government, but the candidate for Senator of the Popular Front – possibly the right-wing deputy André de Paula (PSD) – may not receive the embrace of the progressive voter. .

Marília Arraes is formed at the base of the PSB, a party of which her grandfather Miguel Arraes is one of the main historical figures. She was elected councilor in 2008 and 2012 by the party, having been secretary of Youth in the first administration of Geraldo Julio (PSB) in the City Hall of Recife.

In 2014, she had a falling out with her cousin Eduardo Campos, then governor of the state and national commander of the party. Eduardo would have vetoed Marília’s candidacy for federal deputy. Also in 2014, the PSB consolidated its departure from the PT, launching Eduardo Campos as candidate for the Presidency of the Republic in opposition to Dilma Rousseff (PT). Campos died in August of that year in a plane crash.

Since 2014, Marília Arraes has started to oppose the party’s own administrations, defending a national rapprochement between the PSB and the PT, but locally she also carried out movements with the right-wing opposition.

In 2016, Marília joined the PT and was re-elected as the second most voted councilor in Recife. In 2018, she claimed to be a candidate for the State Government by the PT, in opposition to the PSB. But nationally, the PT closed support for Paulo Câmara’s (PSB) re-election. Marília was elected federal deputy with more than 190 thousand votes, the second most voted in the state and continued criticizing the PSB in Pernambuco.

As a federal deputy, she experienced a national rift with the party at the beginning of 2021, on the occasion of the election of the House directors. The PT was entitled to the chair of the 2nd secretary of the table. In the internal election of the bench, Marília was defeated in favor of João Daniel (PT-SE), by a small margin.

She then disobeyed the party’s orientation and ran “single”, in an open vote to other non-PT deputies, emerging victorious and assuming the post she holds until now. This caused unease between her and the party nationally.