“Ruin ​​or Revolution”? Climate strike takes place in Brazilian cities and around the world on Friday (25)

Organized by the World March for Climate Justice, Youth for Climate and the Brazilian arm of Fridays for Future (FFF), the events – which in Brazil have the theme “Ruin ​​or revolution” – are part of the Global Climate Strike day.

According to the organizers, the mobilizations this Friday (25) are confirmed in approximately 1000 cities in 80 countries. 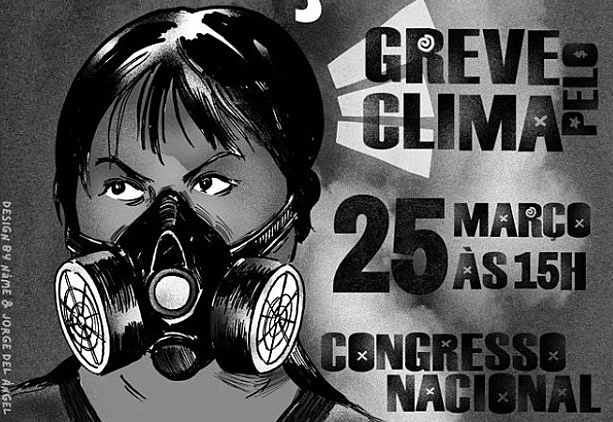 Scheduled in several cities across the country, the event in Brasília will focus in the afternoon in front of the National Congress / Disclosure

For decent living conditions on the planet and climate reparations

Characterizing the current climate scenario in the world as “catastrophic”, the Global Climate Strike demands that world leaders “stop their supposedly ‘green’ negotiations and take ‘honest and efficient’ actions”.

The entities’ statement also demands that governments and companies in the global North repair the climate damage that the extractive capitalist socioeconomic model causes in the global South.

:: Communities in Ceará fear environmental disaster with exploitation of the largest uranium deposit in the country ::

The coordinator of the World March for Climate Justice, Roberto Ferdinand, defines that we live under a system in which “the richest 1% of the world population are responsible for twice the pollution produced by the poorest 50%.

Citing the report of the Intergovernmental Panel on Climate Change (IPCC) of the United Nations (UN), Ferdinand draws attention to the need to end greenhouse gas emissions by 100% by 2030. To meet the target, the humanity is only eight years old. 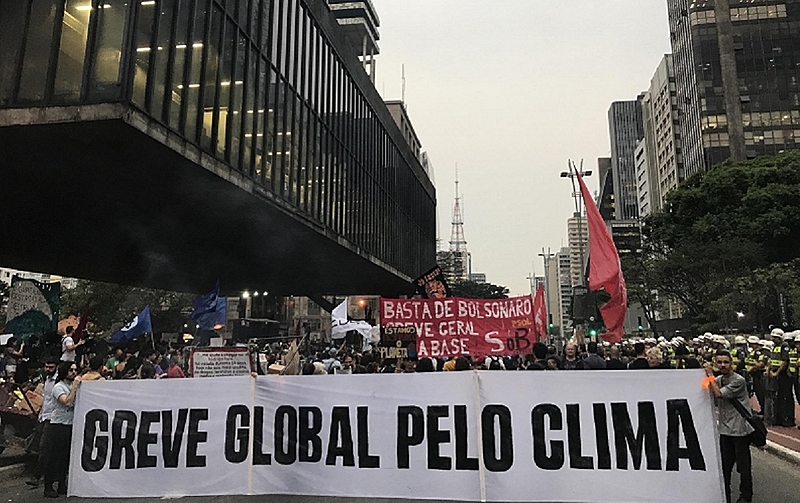 Global Climate Strike on Avenida Paulista, in 2019, before the pandemic / Roberto Parizotti

“But we are not reducing emissions. We are increasing them. We are on our way to increasing the planet’s temperature by four degrees”, he describes, arguing that this puts the lives of hundreds of millions of people at risk. “Today we live with the possibility that civilization will become extinct. This is absolutely in the picture”, she warns.

Zero deforestation and the end of energy generation through fossil fuels are two of the main demands of the mobilization.

“Coal, oil and gas: it’s over. What energy do you have to use? Sun, wind, tides, biomass and geothermal”, defends Ferdinand.

Among the specific agendas in Brazil are the demarcation of indigenous lands and the non-approval of the Marco Temporal thesis; reversal of the dismantling of bodies such as IBAMA, ICMBio and Funai; and the implementation of environmental disaster prevention policies.

In addition, the acts demand the suspension of Bills (PLs) that are being processed in the Chamber of Deputies and that are called by the organizers of the Global Climate Strike as “destruction”.

Forest fires, rising sea levels, severe droughts, in addition to floods and landslides – such as those that have occurred since the turn of the year in southern Bahia, in the states of Minas Gerais and Maranhão and, more recently, in the Rio de Janeiro city of Petrópolis. -, are cited by the call for demonstrations as examples that the climate emergency is not just a threat, but “it already hits and kills us now”.

“We all need to react now while there is still time,” warns the call.

Greta and the origin of the Global Climate Strike

In August 2018, the young Swedish Greta Thunberg distributed leaflets about global warming and sat in front of her country’s parliament, alone, with a sign that read “School strike for the climate”. 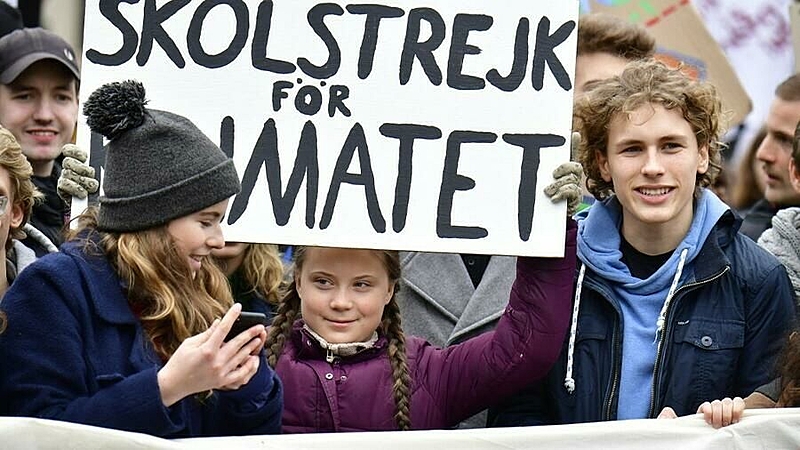 Demonstration of the Strike for the Future in Berlin. Center, Greta Thunberg / AFP/Tobias Schwarz

In protest against the government’s inaction to contain climate disasters, Greta repeated the protest every day for three weeks and shared her actions on the networks. The mobilization gained large proportions and engaged thousands of students, initially in Europe.

Read also: “Agro is fire”: fires in Brazil are linked to agribusiness and the advance of hunger, says dossier

The following month, it was decided to hold the protest every Friday, hence the emergence of Fridays for Future (FFF), which spread across the world. It is this movement that calls for the Global Climate Strike.

FBI Seizes Confidential US Documents During Search of Trump’s Home

Bulgaria decided to recall the ambassador from Russia