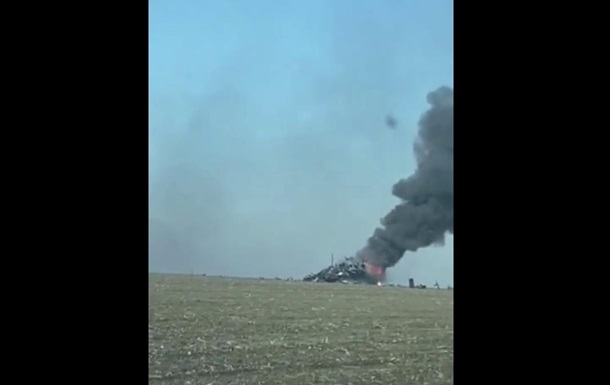 The Ukrainian military shot down an enemy plane near Izyum on March 24. The Russian pilot was captured.

A video appeared on social networks with a downed Russian Su-35 aircraft in the Kharkiv region. The footage shows the wreckage of a burning aircraft and a captured enemy pilot. The video, in particular, was published by the adviser to the head of the Ministry of Internal Affairs Anton Gerashchenko.

According to him, the Su-35 near Izyum was shot down by Ukrainian air defense on Thursday, March 24.

“It’s nice early in the morning to see how the wreckage of the ‘ultra-modern’ Su-35 worth $50 million is burning on the field near Izyum. And the frightened enemy pilot is on his knees with horror in his eyes,” Gerashchenko wrote in his Telegram.

Recall that three enemy planes were shot down over Ukraine the evening before. During the day on March 27, Ukrainian defenders destroyed nine enemy air targets, most of them in the evening. The enemy lost four aircraft, one helicopter, two drones and two cruise missiles.

Kalinina reached the 1/8 finals of the tournament in Miami