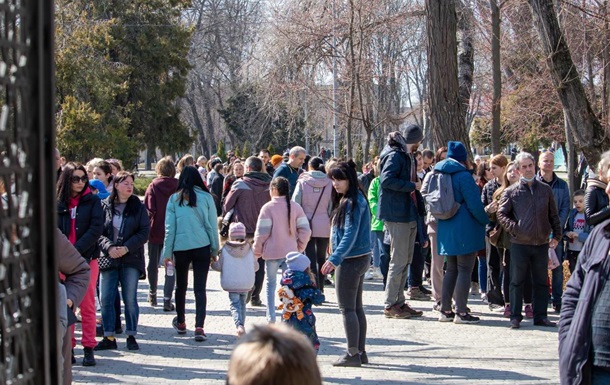 Odessans in line at the zoo

The zoo has reopened after a month-long hiatus. On the first day, the number of visitors broke records.

In Odessa, after a break on Saturday, March 26, the zoo opened its doors. Over the weekend, a record number of visitors was set. Local media write about it.

The zoo closed on the day of the Russian invasion of Ukraine on 24 February. For a month, employees were engaged in internal robots.

On the opening day, visitors were met by the brass band of the Municipal Theater of Brass Music. A. Salika. The musicians performed the anthem of Ukraine and popular compositions.

“We opened the zoo to give people a charge of good mood, cheerfulness and positive emotions, to maintain morale. I am sure that Odessa will not give up. We will win anyway. And I believe that even during the war it is necessary to create a positive attitude for children,” – said the director of the Odessa Zoo Igor Belyakov.

On the first day, the number of visitors broke records.

He added that the animals also missed the visitors: “All the pets, young and old, actively participated in welcoming the guests.”

Earlier in Odessa, the monument to Duke de Richelieu was covered with sandbags to protect the monument from possible destruction in the event of shelling or invasion by Russian troops.