Results 27.03: A new flag for the Russian Federation and a record for missiles 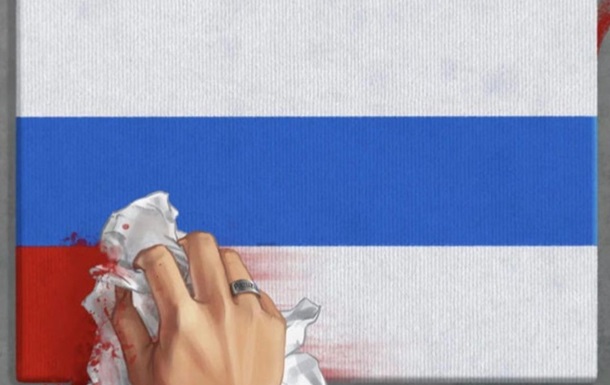 Russia is offered a new tricolor

A new flag was invented for Russia; the enemy fired a record number of missiles at Ukraine. Perild.com highlights the main events of yesterday.


Activists came up with a new flag for Russia

Netizens began to actively distribute images and photos from the rallies with the new, as they say, Russian flag – white-blue-white, without a red stripe. So, the new banner is based on the flag of Veliky Novgorod – a democratic city-state – and does not have a “blood-red” stripe – a symbol of the wars unleashed by Russia.

The new flag was also published by Hollywood director Quentin Tarantino, who celebrated his 58th birthday that day. Thus, he expressed support for Ukraine.

It became known that on March 26, the Russian army fired at least 70 rockets during rocket attacks on Ukrainian cities, which is a record figure. At the same time, 52 missiles were launched from ships of the Russian fleet in the Black Sea, and about 18 more from the territory of Belarus.

In turn, the air defense of Ukraine set a record for downed targets: out of at least 70 missiles fired by Russia, only eight flew.

For the first time since the beginning of the war, President Volodymyr Zelensky answered questions from representatives of the Russian media. In particular, when asked about the vision of a military victory, the head of state replied that he was striving to shorten the duration of the war. At the same time, the president called on Russia to withdraw troops to the positions they were in until February 24 in order to start a dialogue on the issue of Donbass.

Roskomnadzor banned Russian publications from publishing an interview with Zelensky, promising to check the media that took part in the conversation.

During the month of the war in Ukraine, which was unleashed by Russia, 139 children died at the hands of the invader, three of them in the last 24 hours. Children suffered the most in Kiev, Kharkov, Donetsk and Chernihiv regions.


Russia allowed the accession of “LDNR”

The leader of the “LNR” Leonid Pasechnik announced a referendum in the “republic” for joining Russia. Moscow responded that both the “LPR” and “DPR” “have the right to make any decisions in accordance with their constitutions.”


In Kherson and Nova Kakhovka protested against the invaders

Residents of the temporarily occupied Kherson and Nova Kakhovka once again took to the streets. So, in the regional center, the invaders warned from loudspeakers that rallies were prohibited, but people still continued to chant “Kherson is Ukraine!” The invaders used gas grenades and opened fire, wounding one woman.

David Arakhamia, a member of the Ukrainian delegation and head of the Servant of the People faction in the Verkhovna Rada, said that it was decided to hold the next live round with two delegations in Turkey on March 28-30. According to media reports, the meeting will take place on March 29 in Istanbul.

Commenting on this message, President of Ukraine Volodymyr Zelensky stressed that the sovereignty and territorial integrity of Ukraine are not in doubt.

The evacuation from Energodar scheduled for Monday was canceled