Arakhamia: The condition of the agreement with Russia is the withdrawal of troops 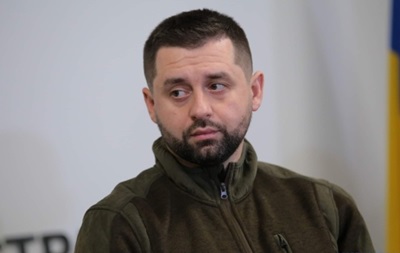 Ukraine will not sign a peace agreement with Russia until its troops leave the country.

Ukraine will sign a peace treaty with Russia only after the withdrawal of Russian troops, said the head of the Ukrainian delegation at the talks, David Arakhamia, writes RBC-Ukraine on Wednesday, March 30th.

According to him, at the talks, the Russian Federation did not confirm that it would move within the framework of the Vienna Convention. According to which, if the contract is signed under duress, it is void.

“When we reach the conditional signing of the treaty or the moment when it can already be seriously discussed, they will have to leave completely. And then we will sit down to sign it, endorse it or initial it,” Arakhamia explained.

He noted that this is an international fuse to ensure the working signing of the peace treaty.

Arakhamia specified that we are talking about the withdrawal of troops on the line as of February 23, 2022.

The people’s deputy also said that at the first peace talks, Russia handed over the surrender agreement.

“I deliberately kept the original positions, they gave us these ultimatums and the surrender agreement – I have kept it for the museum of the history of our victory. This copy is in my possession and is waiting for its time,” he said.

Recall, following the results of the talks between Ukraine and the Russian Federation in Turkey, Mikhail Podolyak, adviser to the head of the President’s Office, said that there was a chance to end the war.

A London mansion that belonged to Nazarbayev's eldest daughter is up for sale. Its price is more than 11 million dollars