EU court lifts old sanctions against Yanukovych and his son 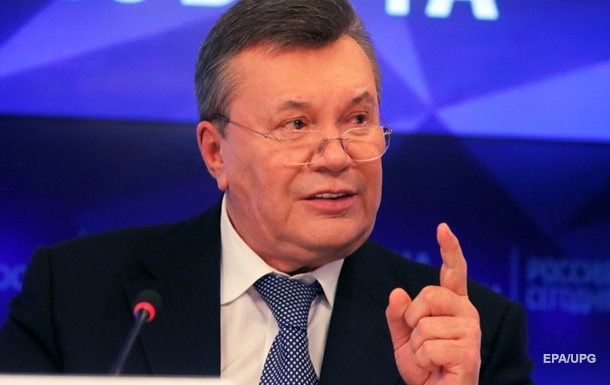 The decision stopped restrictive measures for 2020. Sanctions extended in 2021-2022 remain in effect.

The European Court of General Jurisdiction has again lifted the “old” EU sanctions against former President of Ukraine Viktor Yanukovych and his son Alexander. This was reported on March 30 by a correspondent Radio Liberty Ricard Ozwiak.

“Viktor Yanukovych and his son Oleksandr once again won the case in the European Court of General Jurisdiction to lift the EU sanctions imposed on them in 2014. However, they remain on the sanctions list, because the decision concerns the update from 2020, and not 2021-2022 years,” he wrote on Twitter. 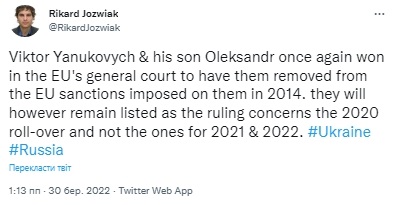 Recall that in July 2021, the EU Court of Justice annulled the decision of the Council of the European Union of 2019 to extend for a year the sanctions against Yanukovych and his son Alexander, which had frozen their assets.

In recent years, the European Union has begun lifting restrictions on officials from the Yanukovych presidency due to insufficient evidence against them provided by Ukraine. So, seven out of 22 people remained on the sanctions list.

No mass withdrawal of Russian troops - Ministry of Defense