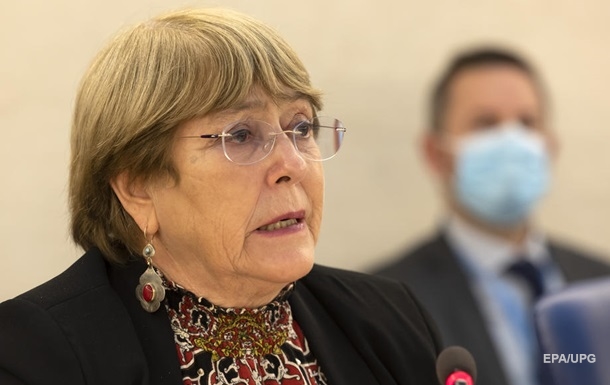 For more than a month, Ukrainian cities have suffered from airstrikes and heavy artillery shelling in the course of the Russian invasion.

Attacks by the Russian army on Ukrainian territory are prohibited by international humanitarian law and can be considered as war crimes. Michelle Bachelet, head of the UN for human rights, said this at a meeting of the UN Human Rights Council in Geneva, writes CNN.

“The massive destruction of civilian objects and the high number of civilian casualties strongly suggest that the fundamental principles of distinction, proportionality and precaution have not been sufficiently respected,” she said.

Bachelet added that the Ukrainian people are experiencing a “real nightmare” caused by Russian bombing.

She called on Moscow to immediately stop hostilities and withdraw its troops from the territory of Ukraine.

“I call on the Russian Federation to heed the clear and strong calls of the General Assembly and this Council and immediately take measures to withdraw its troops from the territory of Ukraine,” she said.

Bacheled added that 24 cases of Russian use of cluster munitions are currently under investigation.

Recall, according to the UN, since the beginning of Russia’s full-scale invasion of Ukraine, four million people have left the country.

Zelensky recalled ambassadors from a number of countries