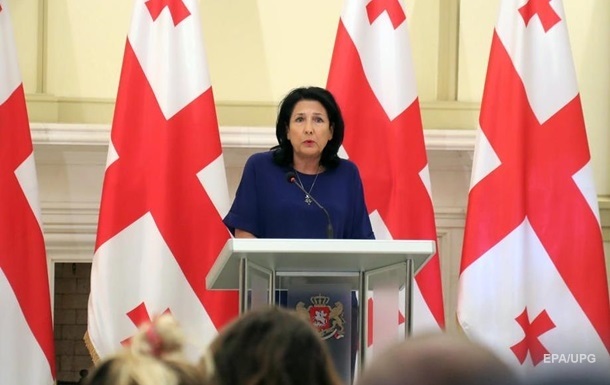 After 36 days of war in Ukraine, the Georgian authorities say they are participating in the international sanctions policy against the aggressor country.

Georgia has imposed all the financial sanctions against Russia that Western countries have launched. This was stated by the Georgian leader Salome Zurabishvili on the air of the TV channel CNN on Thursday, March 31st.

“We participate in all international financial sanctions against the Russian Federation, and this really already means something for our financial sector,” the head of state said.

In addition, according to Zurabishvili, today Georgia supports all international resolutions that are created to support Ukraine.

Recall that after Russia’s full-scale invasion of Ukraine, the Georgian authorities said they did not intend to impose sanctions against the aggressor country. Tbilisi continued to cooperate with Moscow, noting that its decision to attack Ukraine is not a hindrance.

At the same time, Georgians are gathering for thousands of rallies in support of Ukraine.