Oil depot caught fire in Lisichansk due to shelling 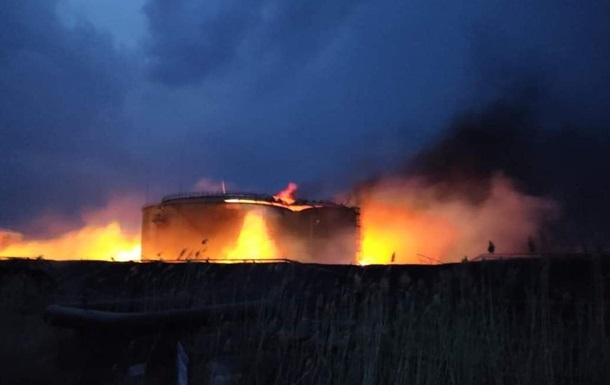 Fire at an oil storage facility in Lisichansk

As a result of enemy shelling on March 30 and 31, severe fires broke out in Severodonetsk and Lisichansk. Two people died, two children are in serious condition, informed head of the Lugansk OVA Serhiy Gaidai.

“Without taking into account yesterday’s morning shelling in Lisichansk, Russians set fire to nine residential buildings, in Severodonetsk – five, in Rubizhne – one. A number of houses were damaged without igniting,” the governor specified.

According to him, the Russian troops are firing from all types of heavy weapons, and in Lisichansk on March 30 there was almost not a single microdistrict left, no matter where the “Russian world” ended up.

“Each of the three main parts of the settlement suffered from artillery and City. The number of destroyed houses was dozens. As well as the victims. Two people died, two children are in serious condition,” Gaidai said.

He stressed that several injured and dead fox residents could not be taken from the streets for hours.

“In the evening, a fire broke out in a school in Severodonetsk, and an oil storage facility in Lisichansk. A reinforced squad of rescuers was sent there to localize the outbreak as soon as possible,” the head of the OVA said.

Australia introduces 35% duty on all imports from Russia and Belarus

Ukraine received shipments of weapons from the United States against tanks, aircraft and missiles