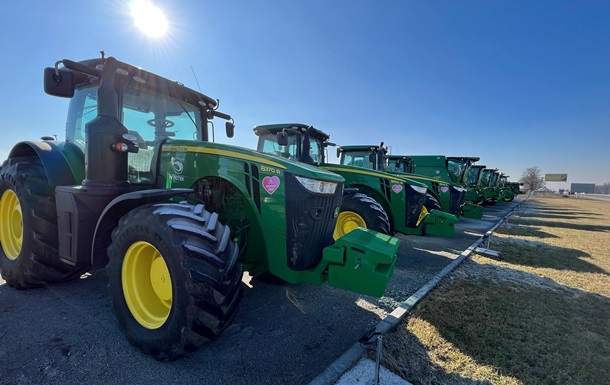 On the eve of the sowing season, two new flagship harvesters and a John Deere tractor, as well as a seeder, were stolen.

Russian military robbed a dealership Agrotek in Melitopol and exported to Chechnya four pieces of agricultural equipment worth one million euros. The company announced this on Facebook on March 31.

It is noted that two new flagship John Deere combines (models S770 and S760), a John Deere M6195 tractor and a Vaderstad Tempo seeder were stolen.

“Thanks to the positional systems installed on the equipment, specialists Agrotek-Invest recorded that the equipment is now on the territory of the farm in the village of Zakan-Yurt, in the Chechen Republic of Russia. Another proof of the criminal actions of the invaders right on the eve of the sowing season! The theft of agricultural equipment is, perhaps, revenge for the refusal to supply John Deere equipment to the Russian Federation,” the company stressed.

Recall Agrotek has been working on the Ukrainian market of agricultural equipment since 2002, and since 2009 officially represents John Deere in the country. Dealer centers of the company are located in Dnepropetrovsk, Zaporozhye, Kherson, Donetsk regions.

A column with thousands of Mariupol residents goes to Zaporozhye