A video from the liberated Gostomel airport appeared 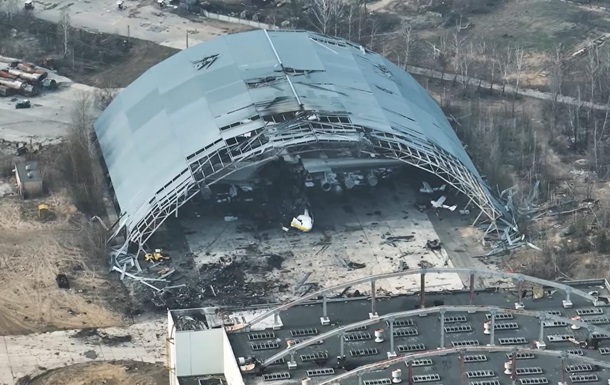 The shells pierced the roof of the shed under which Mriya stood.

Journalists were able to launch a drone over the Gostomel airfield, which was used as a base by Antonov Airlines.

The authors of the documentary channel BABYLON’13 on YouTube showed the destruction at the transport airfield in Gostomel in the Kiev region, after the Russian invaders left the area.

Journalists were able to launch a drone over the Gostomel airfield, which was used as a base by Antonov Airlines. It was here at the time of the invasion of the invaders that the largest aircraft in the world An-225 Mriya was located.

On the video, you can see traces of hits by many shells on the airfield, buildings, ground equipment and aircraft. The shelling also destroyed the Mriya and several other aircraft. The video clearly shows that the An-225 cannot be restored.

Earlier, the former captain of the An-225 Mriya, destroyed in Gostomel, Dmitry Antonov, said that the plane could have been saved. According to an employee of the enterprise, the management of Antonov State Enterprise did not make a decision to transfer the aircraft abroad.

Then the company said that the An-225 “was just undergoing the necessary routine maintenance and was in a state of an incomplete set of aircraft engines.”

But this week it became known that Ukroboronprom removed Serhiy Bychkov from exercising his powers as General Director of the State Enterprise Antonov.

The General Staff spoke about the plans of the Russian troops