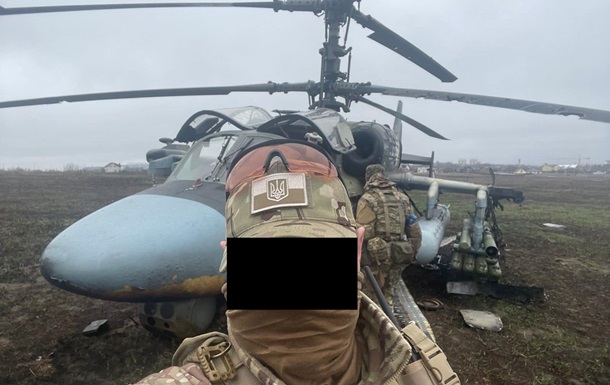 Russian helicopter Ka-52 near the Armed Forces of Ukraine

The defenders took possession of the Ka-52 helicopter of the Russian Aerospace Forces that survived the attack of the air defense forces.

The Ukrainian military showed the downed Russian Ka-52 helicopter. Related photos made public on Saturday, April 2, on the page of the command of the Special Operations Forces of the Armed Forces of Ukraine on Facebook.

“Historical photo: soldiers of the MTR Resistance Movement inspect a Russian helicopter shot down by soldiers of the Ukrainian Defense Forces. There are fewer Rashists by one rooster! We are working!” – says the caption to the pictures.

Earlier, the Armed Forces of Ukraine shot down a Russian combat helicopter Ka-52 (Alligator) worth over $16 million.


Tenth time. What is the phenomenon of the legendary Chernobaevka