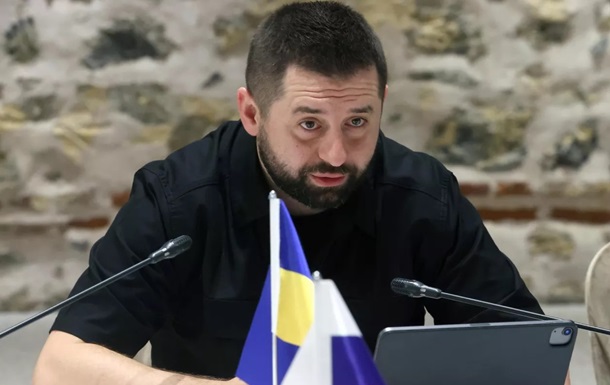 Head of the Servant of the People faction David Arakhamia

The exact date and place are not yet known. The platform for the summit will be one of the Turkish cities – Istanbul or Ankara.

Turkish President Recep Tayyip Erdogan, after talking with the Ukrainian and Russian leaders, said that Ankara is ready to organize their meeting in the near future. About this on Saturday, April 2, informed People’s Deputy David Arakhamia, head of the Ukrainian delegation at the peace talks.

“Mr. Erdogan phoned both us and Putin yesterday. And allegedly he confirmed that they were ready to organize a meeting in the near future. Neither the date nor the place is known yet, but with a high probability we can say that it will be in Istanbul or Ankara , that is, in Turkey,” said the head of the Servant of the People faction.

At the same time, Arakhamia noted that the Russian side confirmed Kyiv’s thesis that the preliminary versions of the documents had been developed enough to conduct direct consultations between the presidents of Ukraine and Russia.

“Our task now is to work out as soon as possible the final stage of the issues that we have already touched upon, and to prepare a possible meeting of the presidents,” the head of the delegation stressed.

Earlier, Foreign Minister Dmitry Kuleba said that in negotiations with Russia, the Ukrainian side expects a full-fledged formal answer, from which it will become clear whether the Kremlin will continue to speak the language of ultimatums.


Negotiations between Ukraine and Russia. Online

Family farming is central to the Northeast Consortium, says the agency's undersecretary