Siloviki detained rail guerrillas of Belarus, there is a wounded 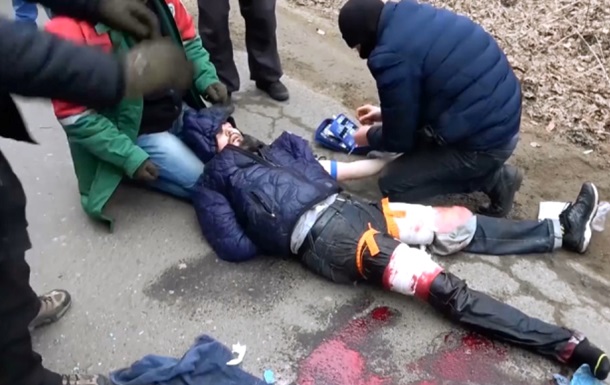 One of the detainees in Belarus was injured

One of the detainees was injured and is in a medical facility. Others received medical attention on the spot.

The security forces of the Lukashenka regime detained three Belarusians who were involved in the destruction of two relay cabinets of a signaling installation near Osipovichi, which ensures the movement of trains. This is reported by the Belarusian media.

It is noted that on the night of March 30, with the support of SOBR, three residents of Bobruisk were detained, one of them was wounded.

According to the Human Rights Center Spring, during the arrest, the men actively resisted and tried to escape. The security forces used their weapons. One of the detainees was injured and is in a medical facility. Others received medical attention on the spot.

How declared head of the criminal police of the Ministry of Internal Affairs of Belarus Gennady Kazakevich, “acts of terrorism on the railway of the Republic of Belarus will be severely suppressed” by the security forces with the use of weapons.

Earlier it was reported that Aleksey Arestovich, adviser to the head of the OP, proposed to arrange an all-out rail war for Russia.

Henry's mother, Monique Medeiros, leaves jail and has 5 days to put on an electronic anklet

Ukrainians are brave and proud, that's why they have many world champions - Atlas