The enemy completes the regrouping of troops – General Staff 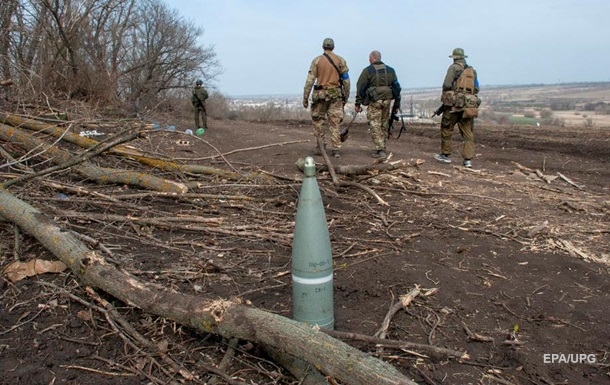 The main efforts of the enemy are concentrated on conducting offensive operations in the Donetsk direction.

The Russian invaders continue to prepare for an offensive operation in the east of Ukraine in order to establish full control over the territory of the Donetsk and Luhansk regions. About it informs The General Staff of the Armed Forces of Ukraine in the evening summary on Wednesday, April 6.

It is noted that the enemy is regrouping troops and reconnaissance, trying to improve the tactical position of individual units in the Yuzhnobuzhsky operational area and gain a foothold on the administrative borders of the Kherson region.

“The regrouping of troops and the restoration of the combat capability of the units of the Central Military District, withdrawn to the areas of the Bryansk and Kursk regions, are being completed,” the message says.

In the Volyn and Polessky directions, no significant changes were found in the position and state of the enemy troop grouping. The units of the Eastern Military District, withdrawn to the territory of the Gomel region, are completing the regrouping.

The movement of enemy units to railway stations for loading and subsequent redeployment is noted.

In the Slobozhansky direction, the enemy continues to block Kharkov. Mostly at night, the invaders shell the city using multiple launch rocket systems, cannon artillery and mortars. The enemy did not conduct active operations in the area of ​​the city of Izyum. The forces of individual units of the 20th combined arms and 1st tank armies of the Western Military District are regrouping.

In order to increase the efficiency of transferring military cargoes, the enemy began to use the railway communication. The arrival of railway trains with weapons and military equipment from the Valuyki station (RF) to the Kupyansk railway station (Ukraine) was recorded.

In the Donetsk and Luhansk directions, the main efforts of the enemy are concentrated on military operations in the areas of Popasnaya and Rubizhnoye settlements and on establishing control over the city of Mariupol. Tries to improve tactical position.

Continues fire action in most directions.

The assault on the city of Mariupol continues, the enemy is actively using aircraft.

As a result of the offensive actions of the units of the Armed Forces of Ukraine, the enemy lost control over the settlement of Osokorivka.

Earlier it was reported that in the Luhansk region the enemy continues to pull equipment and manpower. The offensive is expected in the next few days, said the head of the Luhansk regional military administration Sergei Gaidai.