The ex-mayor of Rubizhne is suspected of collaborationism 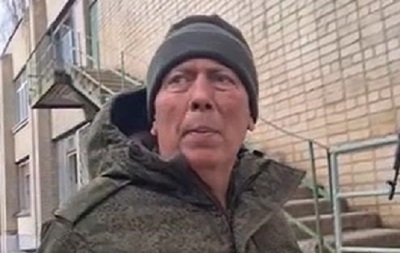 The suspect entered into a criminal conspiracy with the occupation forces of the Russian Federation and representatives of the “LNR”.

The former mayor of Rubizhne was informed of suspicion of collaboration activities (part 1, part 5 of article 111-1 of the Criminal Code of Ukraine). This was reported by the Office of the Prosecutor General.

It is noted that, from March 18 to March 31, 2022, the suspect, having actually removed himself from the exercise of his powers as the Rubezhansky mayor, entered into a criminal conspiracy with the occupation forces of the Russian Federation and representatives of the “LPR”. Having received from them an offer to head the occupying power in Rubizhne, in violation of the requirements of the Constitution and Laws of Ukraine, he voluntarily agreed to it.

“While in the city of Rubizhne, occupied by Russian troops and illegal armed groups, during a personal reception of citizens, the suspect, together with representatives of the occupying forces and in an interview with representatives of the aggressor state, publicly supported the decision of the Russian Federation of February 24, 2022 regarding the conduct of the so-called “special military operation”

In addition, the person involved supported the actions of the Russian Federation and the illegal armed formations of the LPR, aimed at seizing the territory of Ukraine. He called for cooperation with the aggressor state, armed formations, the occupying administration of the Russian Federation under the guise of building a new territorial entity, as well as non-recognition of the extension of state sovereignty to the temporarily occupied territories of Ukraine.

Earlier it was reported that the former mayor of Rubizhne was handing over his countrymen to the invaders.


A collaborator who helped the occupiers was detained in Izyum

The EU began preparing the sixth package of sanctions against Russia