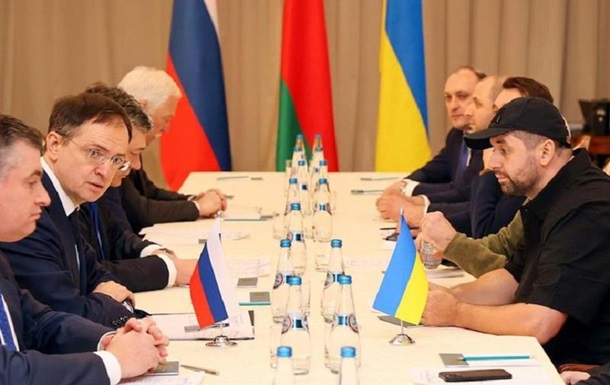 Ukraine adheres to the Istanbul Communiqué and has not changed its position, despite Lavrov’s statements, the people’s deputy claims.

Negotiations with Russia on an agreement on security guarantees for Ukraine continue online. About it informed head of the Ukrainian delegation, People’s Deputy David Arakhamia.

“The Ukrainian side adheres to the Istanbul Communiqué and has not changed its position, despite the statements of the Minister of Foreign Affairs of the Russian Federation. The only difference is that we do not take into account all the additional issues that were not included in the Istanbul Communiqué,” he wrote on Telegram .

Arakhamia suggested that perhaps this caused “an incorrect interpretation of the current state of the negotiation process.”

Earlier, Russian Foreign Minister Sergei Lavrov announced a change in Kyiv’s position in the negotiations. Moscow said that Ukraine is changing its proposals made at the talks in Istanbul and now proposes to discuss the issue of Crimea and Donbass at a meeting of the presidents of the two countries.

Putin's godfather Viktor Medvedchuk has been detained in Ukraine. He previously escaped from house arrest.

Is corruption over? Scandals, secrecy and interference in investigations belie Bolsonaro