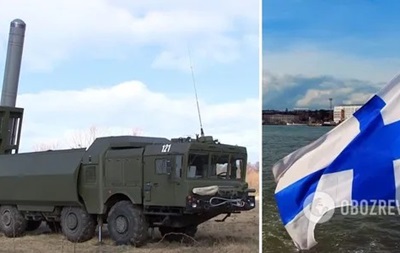 Pentagon spokesman John Kirby said the US “didn’t see anything to confirm the information that Russian military equipment is heading towards the Finnish border.”

The Pentagon has not confirmed that Russia is pulling weapons to the borders with Finland. This was stated by Pentagon spokesman John Kirby, transmits Yle.

Former edition of the Daily Mail reportedthat Russia began to gather troops to the border with Finland after Helsinki announced its intention to join NATO: on the territory of the Russian Federation towards the border with Finland, the movement of heavy weapons, including missile systems, was noticed. This was allegedly shortly after the Kremlin warned Helsinki against joining NATO.

Kirby commented on the news about the movement of what is believed to be missile systems and said that the US “has not seen anything that would confirm the information that Russian military equipment is heading towards the Finnish border.”

Recall that the Federation Council of the Russian Federation said that the possible entry of Finland into NATO will make it a target for Russian retaliatory measures. Before that, NATO Secretary General Jens Stoltenberg said that Finland and Sweden can count on NATO membership under an accelerated procedure.