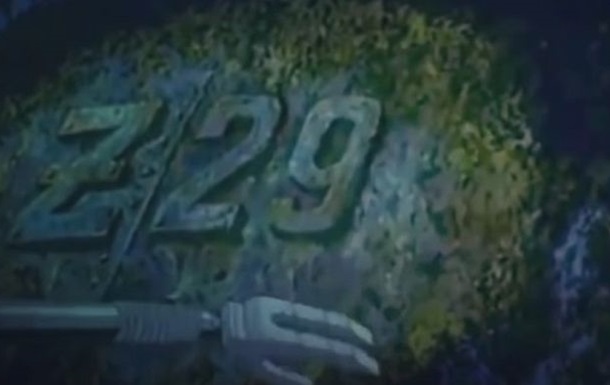 Photo: Fragment of the cartoon

In Russia, they are already fighting cartoons

The Soviet cartoon tells about three children who, on a submarine called Neptune, stumbled upon a Nazi destroyer at the bottom.

Soyuzmultfilm removed the 1973 Treasures of the Sunken Ships cartoon from its YouTube channel, in which the Neptune submarine finds a Nazi destroyer with the letter Z.

The Soviet cartoon tells about three children who, on a submarine called Neptune, stumbled at the bottom of a sunken Nazi destroyer.

“Everything is clear – a fascist destroyer,” says one of the children.

“How do you know?” asks the second.

“Read. Nazi destroyers were designated with the letter Z,” he replies.

After that, a torpedo starts chasing the children, but later it is defeated and sold for scrap.

This cartoon is currently unavailable on the Soyuzmultfilm YouTube channel, although it previously received 298,900 views. Comments have also been disabled.

Recall that on April 13, the operational command of the South announced that the flagship of the Russian Black Sea Fleet, the cruiser Moskva, was hit by Neptune missiles, after which it received significant damage and a fire broke out. It was reported that other ships tried to help the crew of Moscow, but due to an explosion and a storm, the ship capsized on its side and began to sink.

At the same time, the Russian Defense Ministry claimed that the cruiser Moskva did not sink as a result of the “detonation of ammunition” and the fire and “retains buoyancy.” However, later the department admitted that the flagship of the Russian fleet sank due to a storm.

The Verkhovna Rada introduced criminal liability for displaying the letters “Z” and “V” as symbols of Russia’s war against Ukraine.

Signs “Z” were banned in a number of other countries, for example, in Germany.

Moldova refused to sell its fighter jets to Ukraine - media