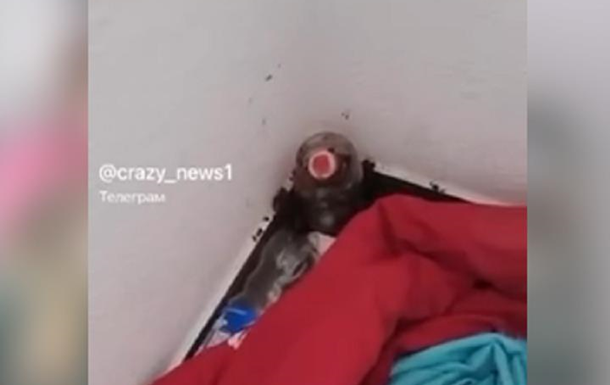 The invaders relieved themselves on the balcony, ignoring the toilet. The hostess also showed the stolen equipment, which the Russian military forgot to take away.

A resident of Gostomel, who returned to the village after the Russian occupation, showed her apartment, where the Russian military lived. Video published in the Telegram channel of the adviser to the head of the Ministry of Internal Affairs Anton Gerashchenko.

Once in the dwelling, the woman was shocked by the mess that the invaders left behind.

“The wild orcs relieved themselves on the balcony, ignoring the toilet,” the report said.

The hostess also showed the stolen equipment, which the Russian military forgot to take away.

In addition, on the way home, the woman filmed burned houses and cars.

Recall that the employees of the State Emergency Service and the police are beginning to clear Gostomel of enemy mines and stretch marks so that its residents can safely move around the city.


During the occupation Gostomel turned into a ghost town