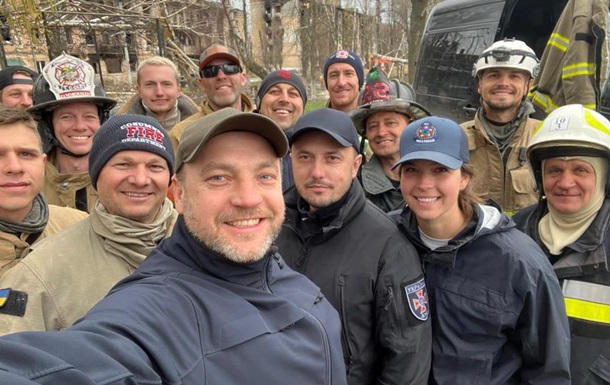 Volunteers from the US, Australia, Germany and Poland will help clear the rubble of destroyed buildings.

The first foreign rescue teams arrived in Ukraine to help eliminate the consequences of a military invasion of the Russian Federation. This was announced on Monday, April 18, by the press service of the Ministry of Internal Affairs.

It is noted that the head of the department, Denis Monastyrsky, met with foreigners in Borodianka. Rescuers from abroad will be involved in the analysis of the rubble and the release of buildings.

“11 professional rescuers from the United States, Australia and Germany have expressed a desire to come to Ukraine on a volunteer basis and help Ukrainian rescuers. In the near future, 1 more Polish representative will join the team,” the message says.

Interior Minister Denis Monastyrsky thanked foreign rescuers for their desire to help Ukraine and outlined a wide range of work. According to him, now everything necessary will be done to make the previously occupied territories suitable and safe for life as quickly as possible.

Recall, on the eve it was reported that in Borodyanka, 41 bodies were taken out from under the rubble.

There are signs of offensive in Donbas - General Staff

Looking at Ukraine. Taiwan prepares for war with China