After an interval of more than two years without parades, the samba schools of São Paulo and Rio de Janeiro returned to the avenue on April 20, 21 and 22. The program continues this Saturday (23) and next (30).

At the Marquês de Sapucaí Sambadrome, in the capital of Rio de Janeiro, Beija-Flor de Nilópolis chose the theme “To make the thought darker is to hear the voice of the Beija-Flor”. The association highlighted the black intellectual contribution to the construction of a more African Brazil.

“Our civilization knows and respects the thoughts carved in Greco-Roman marble. But why not carve the knowledge in ebony?”, asks the samba school of Baixada.

Beija-Flor affirms the need for an “afrosophia” and tells, in the plot, that we speak and write in good “Portuguese” for the whole world to hear, evokes the Black Experimental Theater and all the thought and reflection that came from African peoples to our country: “The nobility of the court is Ebony / Has the same blood as yours / Raises your fist, demands equality / Brings back what history has hidden”, sings the samba.

In addition, the Rio de Janeiro school paid tribute to the philosopher Djamila Ribeiro. Beija-flor also highlighted the global message that “Black lives matter”, by referencing the murder of George Floyd, a black man, killed by Minneapolis police, in the USA.

At the Anhembi Sambadrome, in the capital of São Paulo, Colorado do Brás paid tribute to Carolina de Jesus, highlighting the phases of the writer’s life. Based on the plot “Carolina – A Cinderela Negra do Canindé”, the clashes between the black writer and the country’s intellectual elite were presented.

The act Paulo Gustavo, who died last year as a victim of covid-19, was one of the honored in Sapucaí. The São Clemente school highlighted the comedian’s legacy, taking the plot of one of the artist’s great works, the plot “Minha Mãe é uma Peça” and was attended by Paulo’s mother, Dona Déa Lúcia and the widower, Thales Bretas. 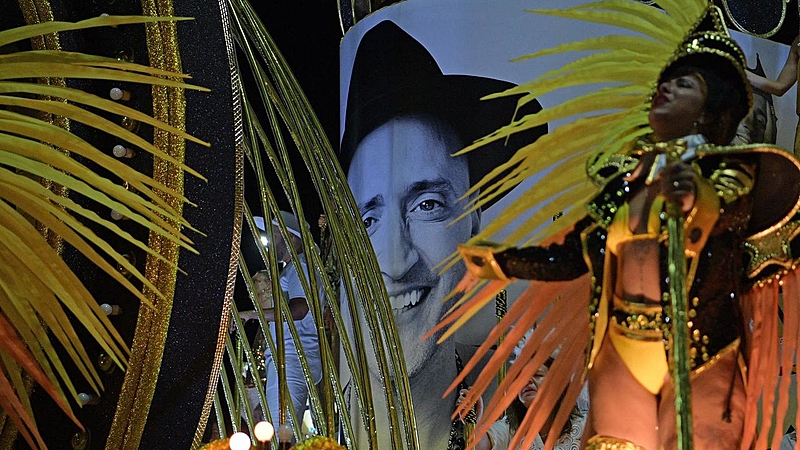 The school highlighted “My mother is a play” and moved the bleachers and friends of the actor who participated in the parade. / AFP

In Rio de Janeiro, at Marquês de Sapucaí, on Friday (22), videos of the public screaming “Bolsonaro out” before the parade even starts.

A resounding Fora Bolsonaro also echoed here Sector 3 of Sapucaí on the first day of parades of the Special Group!

There was Lulaço and Fora Bolsonaro at the opening of the main parade of samba schools in Rio! pic.twitter.com/6JgOrJaKiE