Russia staged a provocation and disrupted the evacuation in Mariupol 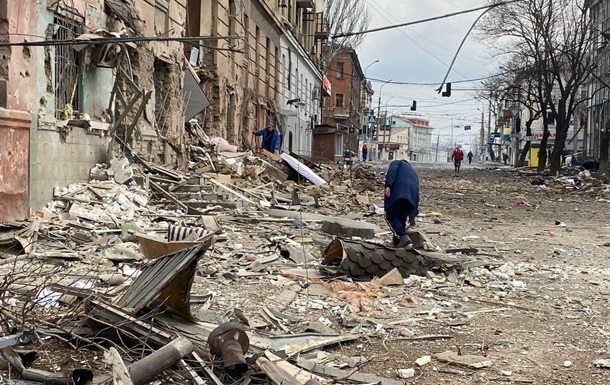 Residents of Mariupol were taken to the occupied territory

People who wanted to evacuate to Zaporozhye were forcibly taken to the occupied territory.

In Mariupol, local residents were waiting for buses to be evacuated to Zaporozhye, but the Russian invaders forcibly took them to the occupied territory. This was announced by the adviser to the mayor of Mariupol Petr Andryushchenko in Telegram on Saturday, April 23rd.

According to him, at 11:00, at least 200 Mariupol residents gathered near the Port City shopping center, who were waiting for evacuation in Zaporozhye.

“Instead of the buses promised by the Russian side, the Russian military drove up to the residents of Mariupol and ordered them to disperse, because “there will be shelling now.” In fact, people were dispersed with the use of coercion in a rude form. The buses were never submitted for loading,” Andryushchenko wrote.

At the same time, the occupiers brought buses to a point near the Metro shopping center (200 meters from the agreed evacuation point), and began loading. After loading, the residents of Mariupol were informed that the “evacuation” would only be to Dokuchaevsk, that is, to the occupied territory. People were not allowed to leave the bus.

“In response to the question, “why is that?”, the answer was that “the nationalists fired at the evacuation point.” That is, another lie,” Andryushchenko added.

Earlier on Saturday, Deputy Prime Minister Irina Vereshchuk warned residents of Mariupol about the possibility of provocations by the Russian military during today’s evacuation.

Odessa was subjected to rocket fire. There are victims

Five people became victims of the attack on Odessa