Shmygal and Blinken met in the USA 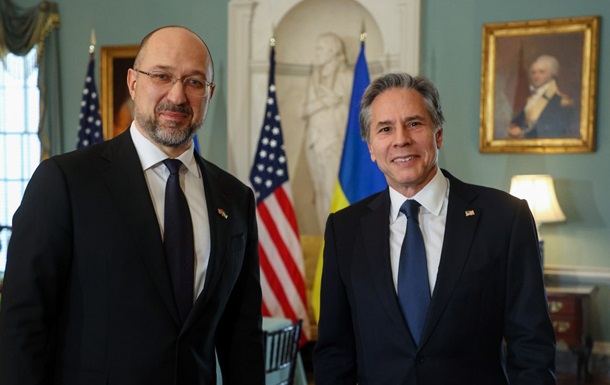 Prime Minister of Ukraine Denys Shmyhal, during his visit to the United States on Friday, April 22, held talks with the head of the US State Department, Anthony Blinken. About it informed press service of the Cabinet.

Thus, the main topic of the conversation was Russia’s full-scale invasion of Ukraine, in particular Washington’s support for Ukraine and Ukrainians.

“We coordinated positions on many issues. During the meeting, he stressed that sanctions, finances and weapons are the key components of Ukraine’s victory. The level of US assistance in this is difficult to overestimate,” the head of government said.

The Ukrainian prime minister urged partners to disconnect absolutely all Russian banks from SWIFT, as well as to recognize Russia as a sponsor of terrorism, in order to send a strong political signal to the whole world.

In addition, Shmygal expressed hope that the United States would diplomatically and economically contribute to the implementation of the European perspective of Ukraine and its entry into the European Union.

In turn, Blinken assured the head of the Ukrainian government that the United States will continue to support Ukraine as much as possible and will continue to actively coordinate its actions with European allies in order to increase pressure on Russia.

Earlier, Shmyhal met with US President Joe Biden. The parties discussed the issue of strengthening the sanctions regime for the Russian Federation.

Vakarchuk gave a concert in the Kiev metro