Isolated, later captured and marginalized, now the Ãwa people advance in the demarcation of their land

Fulfilling, so far, the campaign promise of “not demarcating an inch of indigenous land”, the Bolsonaro government has been the target of lawsuits so that the State fulfills its constitutional duty to demarcate territories of indigenous peoples. One of the most advanced is the case of the Indigenous Land (TI) Taego Ãwa, of the Ãwa people – or, as it is also called – Avá-canoeiro do Araguaia.

Located in the Mata Azul region, in the municipality of Formoso do Araguaia (TO), the area covers approximately 28 thousand hectares. With extensive documentation proving to be the traditional occupation of the Ãwa people, it is overlaid by farms and an agrarian reform settlement.

acquaintances of literature as a people who historically preferred death to surrender and establish contact with the colonizers, the Ãwa resisted in isolation until the 1970s. After a forced and violent contact, they reached five people in 1976. Currently, there are 36.

Last week, the Federal Public Ministry (MPF) and the Indigenous Missionary Council (Cimi) made the most recent manifestation in the process, indicating the refusal of the Avá-canoeiro in the face of a negotiation proposal presented by the National Institute of Colonization and Agrarian Reform ( Incra) to reduce IT to 40% of the recognized area. The MPF and Cimi requested that the federal judge Eduardo Ribeiro finally give the sentence on the case.

The process has been dragging on for ten years. In 2012, the National Indian Foundation (Funai) published the ordinance delimiting the Taego Ãwa TI and, in 2016, the Ministry of Justice published the declaratory ordinance. Faced with the inaction of the State after that, the MPF filed, in 2018, a Public Civil Action for the demarcation, accepted by justice.

With pressure from the MPF, Funai, which under the management of the Bolsonaro government has been target of systematic criticism of the indigenous movement, carried out a land survey in the area.

Last year, lawyers for the ranchers and squatters questioned the anthropological report and requested an expert opinion. Her result, presented in November 2021, however, left no doubt.

The conclusion of the expert appointed by the judge, the anthropologist André Demarchi, is that “the only way for the Brazilian State to repair more than three centuries of physical, psychological and symbolic violence against the Ãwa people is to demarcate the Tãego Ãwa Indigenous Land, whose traditionality remains proven”. 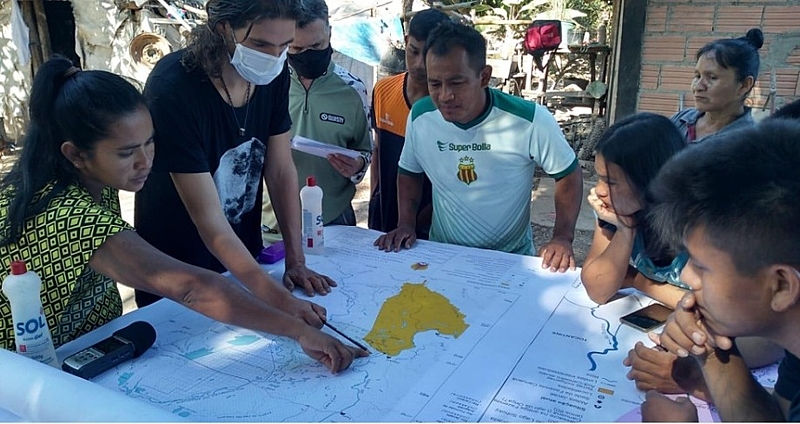 Last March 3, there was a conciliation hearing of the process in Gurupi (TO). In it, a proposal was presented by Incra. The agency is responsible for having purchased, in the 1990s, the area of ​​a farm located in the traditional indigenous land, and 120 families settled there. Basically, the Brazilian State bought land that already belonged to the Brazilian State to establish, in indigenous territory, families that were being removed from another indigenous territory.

To resolve the imbroglio, the solution proposed by INCRA at the hearing, says Kamutaja Silva Ãwa, “was for the farms and the settlement to continue and for us to keep a piece that they called a reserve. It is a piece that no one lives in, because it is floodable”.

Upon learning about the proposal, the anthropologist who worked in the Technical Group (GT) to identify the area, Patrícia Mendonça, said she was shocked. “In this floodable part they wouldn’t even have a place to bury the dead. In indigenist legislation this type of conciliation does not fit. It is indigenous land: an imprescriptible, inalienable, original right”, she points out.

In the same vein, Kamutaja is categorical: “Our land is non-negotiable”.

One of those involved in the part represented by the farmers is Edward Luz, known as the “anthropologist of the ruralists”. He even presented a counter-expert report to hinder the demarcation.

In 2013, Luz was expelled from the Brazilian Association of Anthropology (ABA), for his “mistaken and reductionist statements, entirely lacking in rigor and scientific basis”.

On March 25, Luz was arrested by the Federal Police in Altamira (PA), accused of leading a group of people to obstruct Ibama’s inspection actions against illegal mining in indigenous lands.

In the hope of realizing their dream of returning to their ancestral land, the Ãwa currently inhabit the villages of Boto Velho and Canuanã, belonging to the Javaé people; and Santa Isabel, from the Karajá people.

It was during her masters and doctorate with the Javaé in the 1990s that Patrícia Mendonça met the Avá-canoeiro, described by her as the “most invisible” people she had ever seen. Since 1976 they have lived in the land of peoples with whom they have historical enmity: they were placed there, without consent, by Funai.

“Since then, we have lost our visibility as a people. In terms of politics, health, education. We were deprived of our cultural practices, it was also not allowed to farm or create anything, because we are not Javaé”, describes Kamutaja, daughter of Kawkamy and Gildo Tuxá.

Mendonça characterizes the situation as one of subordination and marginalization. “The Avá-canoeiro were incorporated in this way, without being considered as equals. There is even a term in the Javaé language: captives of war”.

Centuries of persecution preceded this scenario. The first records of the Avá-canoeiro date back to the mid-18th century, in the formers of the Tocantins River.

The option that gave them the reputation of being the ones who most resisted colonization in Central Brazil also gave them a history marked by periods in which they were almost decimated. In the 19th century, the survivors had to disperse.

“Non-indigenous people gave us the characteristic of nomads. My people are not nomads. What happened is that in order to survive, the people began to make constant changes. I am part of the group that came to Araguaia, I am part of Tutawa’s family, who is my grandfather,” says Kamutaja.

:: April 19: “In order to celebrate ‘Indian Day’ it is necessary to demarcate our territories” ::

After escapes and massacres, in the 1960s there were 14 Ãwa who lived in the Mata Azul region. They were just 10 kilometers from Fazenda Canuanã, which was established there in the previous decade and, in 1960, passed into the hands of the Pazzanese, a rich family from São Paulo.

“Everyone was afraid of the Avá, but they were extremely cornered. They didn’t go out during the day, they communicated only by whistling, they didn’t light a fire. They had been in this life of absurd escape for years, being hunted like wild animals”, says Mendonça. In interviews with indigenous people who lived through this period (currently only one is still alive), the anthropologist gathered detailed descriptions of the history.

It was when a partnership between the Pazzanese brothers was signed to install Fundação Bradesco at Fazenda Canuanã that, in 1973, the Ãwa could not avoid being forcibly incorporated by white society.

“The Brazilian State represented by Funai made a forced contact for private interests”, summarizes Kamutaja.

Had he not done so, perhaps the Avá-canoeiro would be part of the 28 confirmed groups in Brazil that are called by the state isolated indigenous people. They are those who, refugees in remote areas, choose not to have regular or meaningful contact with the society of the colonizers.

Also referred to as “autonomous”, “resistant”, “free”, “hidden” or “in voluntary isolation”, the largest number of these indigenous people on the planet are in the Brazilian Amazon.

:: Who are the isolated Brazilian indigenous groups and what are their rights ::

Forced contact with these peoples was especially encouraged during military governments. It was called “attraction”. Although the Ãwa were not attracted by far.

In November 1973, under the command of the sertanist Apoena Meireles, the Funai Attraction Front, accompanied by four Xavante Indians, located the Ãwa camp and entered shooting. A child about 10 years old was shot and died days later. Part of the group managed to escape, others were captured and tied up.

The leader and shaman Tutawa, Kamutaja’s grandfather, when he saw his wife with their young son under the power of the indigenists, surrendered. “My mother was 10 or 12 years old. She had hidden in a stump. When she saw those who surrendered, she went too. Just like my great-uncle Tuxi”, says Kamutaja. 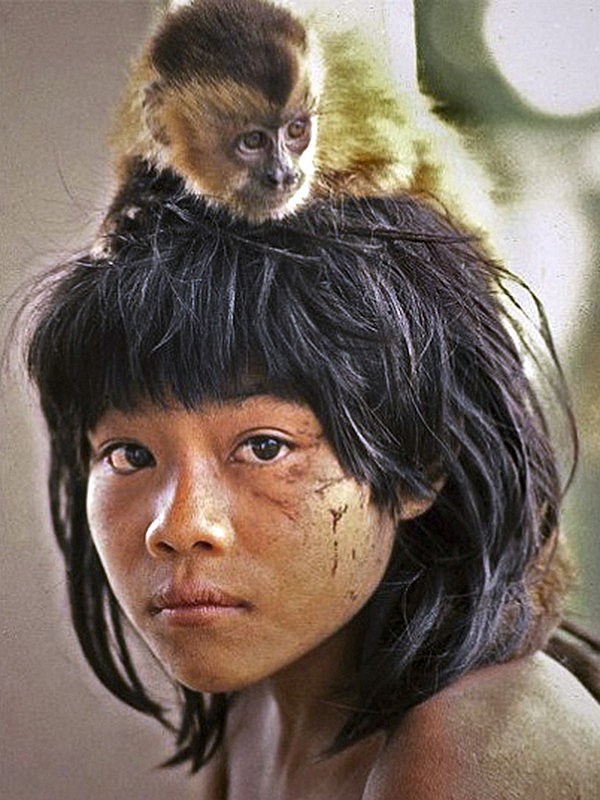 “They were taken to Fazenda Canuanã and put on display in a fenced house. Many people from the region came to meet the ‘feared black faces’”, says Kamutaja, referring to one of the nicknames given regionally to the Ãwa.

“My people were treated with a lot of hostility and prejudice. They said they took children, robbed women, killed people. It was a way of trying to pit society against indigenous peoples,” he says.

“The public agents who had hunted, captured, tied up and imprisoned the Indians in a kind of open-air cage were associated by the spectators present with animal tamers”, describes Patricia Mendonça in the report. entry on the Avá-canoeiro of the Socio-environmental Institute (ISA). In it, she cites an article published in Globo, in December 1973, in which the term “tamed” is used. 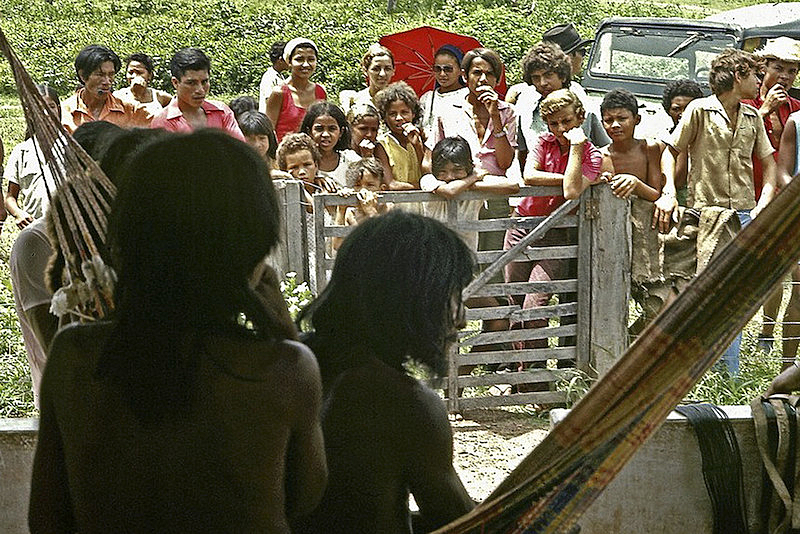 The public exhibition to which the recently captured Avá-Canoeiro do Araguaia were subjected, in 1973 / Klaus Gunther

“There were 14 Avá-canoeiro who lived in Mata Azul. Three were murdered before capture, one was killed in capture. Of the 10 captured, five died of disease. The five that remained were incorporated by the Javaé as captives of war”, explains the anthropologist.

Among the violence practiced by the military regime against the indigenous population, the history of the Ãwa people was considered emblematic in the National Truth Commission report.

“Hope as a People”

In the anthropological expertise of TI Taego Ãwa, professor at the Federal University of Tocantins (UFT) André Demarchi highlights how, despite the dramatic history of the Avá-canoeiro since the beginning of colonization, they have “fight against dehumanization through the reaffirmation of their cultural identity in the spaces in which they inhabit and circulate”. An example of this are the projects to revitalize the Ãwa language, from the great Tupi linguistic branch, in partnership with the Federal University of Goiás (UFG).

But more than that, the Ãwa stories, traditions, cosmological and spiritual visions did not fail to be passed on from generation to generation, even among the few survivors of the genocide. Kamutaja, who bears the name of her great-grandmother, tells how her family constantly uses the specific body paintings of the Ãwa people, taught to her by Tutawa. 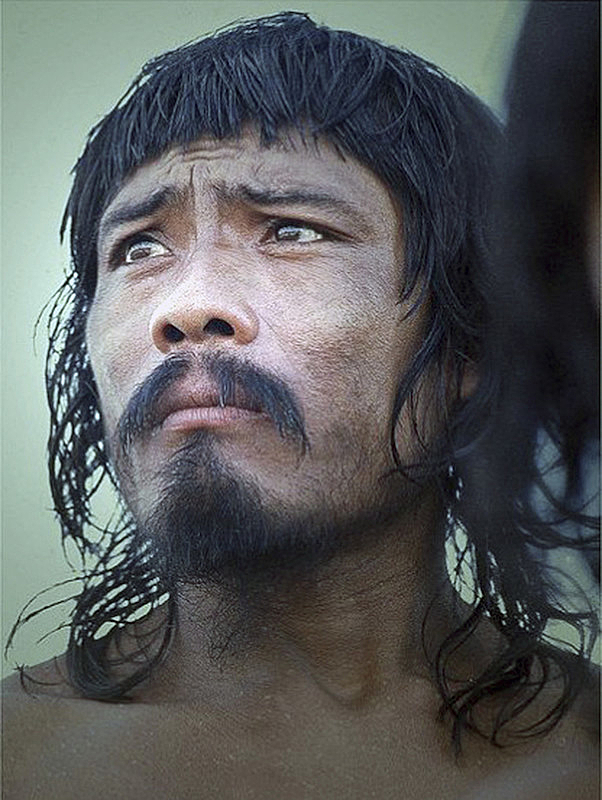 The leader and shaman Tutawa, photographed in 1973 / Klaus Gunther

“My grandfather was quite happy with the hope of returning to the territory. The identification process brought hope to us as a people,” says Kamutaja.

Tutawa died in 2015. But it was thanks to his resistance that after centuries – and even under the rule of a president who was even indicted at the International Court in The Hague for indigenous genocide – his people are getting closer and closer to returning home.