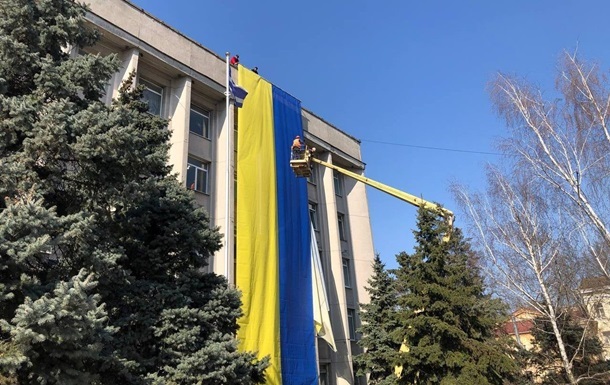 In March, a new flag of Ukraine was hung on the mayor’s office of Kherson

Armed people entered the building of the Kherson City Council, took the keys and changed the guards to their own, Mayor Igor Kolykhaev said.

The Russian military took control of the premises of the city council in occupied Kherson. City Hall staff expelled, reports Public with reference to one of the employees of the institution on Monday, April 25.

“At 16:30, the military of the Russian Federation entered the building. They told all the workers to leave. No explanation was given to the people. The mayor Igor Kolykhaev was the last to leave the building,” an employee of the city council said.

Kolykhaev himself confirmed this information on his page in Facebook.

“Tonight, armed men entered the building of the Kherson City Council, took the keys, changed the guards to their own. I left at 19:45 – the flag of Ukraine was still over the mayor’s office. Details later. I’m with you,” Kolykhaev wrote.

Earlier it was reported that Russia was preparing to hold a staged “referendum” in the Kherson region on the creation of the so-called “Kherson People’s Republic”. New Kakhovka has already started printing ballots. The “referendum” could take place as early as this week.

The media also reported that the residents of Kherson are leaving the city en masse before the “referendum”.

The collapse of the Russian army. Lost a quarter of the fighting force