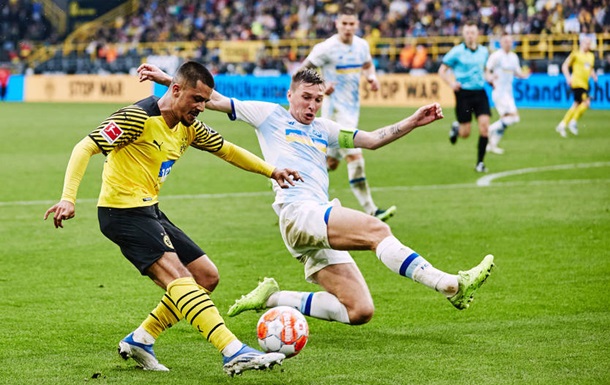 Borussia did not resist at home in front of Dynamo Kyiv

The Kyiv club held another match of its charity tour in favor of refugees from Russian aggression.

Dynamo Kiev won another victory in a charity tour of European football cities. This time, Borussia Dortmund could not resist Mircea Lucescu’s wards. The teams put on a terrific show at Signal Iduna Park, with plenty of goals and missed penalties.

As a result, the victory remained with the people of Kiev 3:2. As shown on the scoreboard during the fight, and then reported press service of Dynamothanks to this fight, it was possible to collect 400 thousand euros, which were received during the television broadcast.

The next charity match of the “Match for Peace! Stop the War!” Kiev will play tomorrow, April 28, against teammates from Zagreb. Two Dynamo teams will start the match in Croatia at 20:00 Kyiv time.

An ammunition depot caught fire in the Belgorod region. Air defense systems worked in the Kursk and Voronezh regions