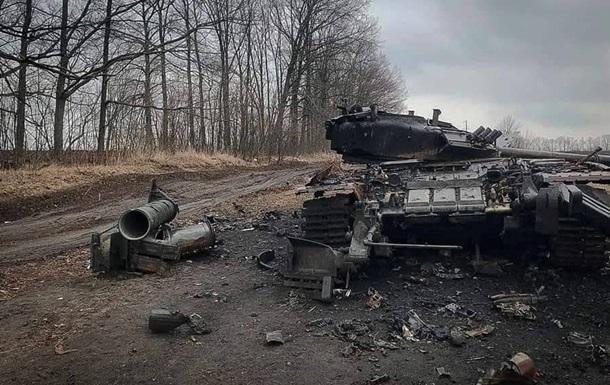 The Ukrainian military destroyed more than 40 invaders and dozens of pieces of Russian military equipment.

On the Donetsk and Lugansk directions, on April 28, the Armed Forces of Ukraine repulsed nine attacks of the Russian army. The enemy suffered serious losses. About it reported at the headquarters of the Joint Forces Operation.

So, during the fighting, the defenders destroyed six tanks, one artillery system, 12 armored vehicles, one car and one anti-aircraft gun.

In turn, the operational-tactical group Vostok informsthat 42 occupiers were liquidated in its area of ​​responsibility. Also, the fighters defeated three tanks, two infantry fighting vehicles, one armored personnel carrier, one armored combat vehicle, one AT and two enemy drones.

Earlier it was reported that the head of the General Staff of the Russian Armed Forces Valery Gerasimov arrived in the temporarily occupied Ukrainian city of Izyum in the Kharkiv region. He will command the occupying forces in the Donbass.


Russian troops must be expelled from Crimea – London

Zaluzhny showed how Kukhari was released in the Kiev region