Ex-People’s Deputy Lyashko got into an accident in Kyiv 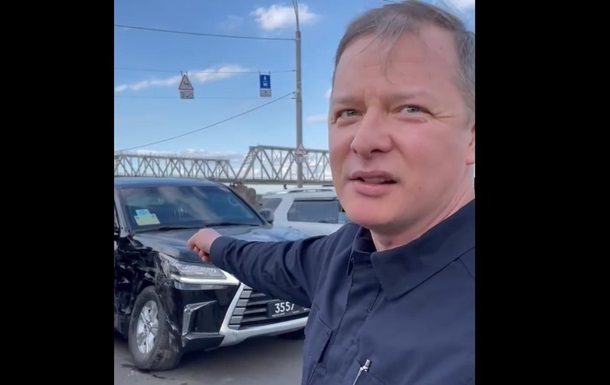 Oleg Lyashko points to the car that allegedly caused the accident

Former People’s Deputy Oleg Lyashko got into an accident in Kyiv. His car was driven by a car from a motorcade with beacons and SBU documents. Lyashko announced this on Facebook on Thursday, April 28.

The accident occurred at the intersection of Naberezhno-Rybalskaya and Elektrikov streets. According to Lyashko, the armored vehicles “grossly violated the rules of the road – they drove through a red light with flashing lights on, as a result of which they caused an accident.”

Lyashko was returning with his volunteer business unit from Chernobyl. There were four people in his car, two were injured. Lyashko and the driver were saved thanks to airbags.

“Another car that broke the rules, Gelandewagen, escaped, but there are cameras, you can find out who was. The culprit of the accident – ​​some high rank – also disappeared without waiting for the police,” says Lyashko.

Earlier in the Khmelnitsky region, seven people died in an accident. Early in the morning a bus and minibus collided with displaced persons.

Also in Italy, a bus with evacuated Ukrainians overturned. One woman died. The rest of the passengers were not injured.

Randolfe and Network leaders declare support for Lula; Marina and Heloísa Helena are out of the event