Named the number of apartments needed for migrants 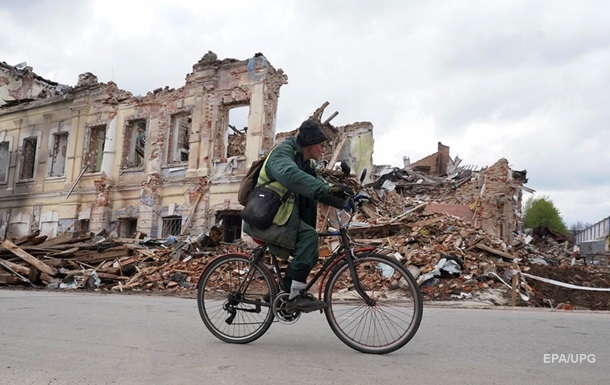 The largest number of migrants found temporary shelter in the Transcarpathian, Lvov and Khmelnytsky regions.

Since the beginning of Russia’s full-scale invasion of Ukraine, about two million Ukrainians have been forced to move to other cities. Almost 600,000 apartments are needed to provide them with their own housing. About this on Wednesday, April 27, says in the Тelegram channel of the Deputy Head of the Office of the President Kyrylo Tymoshenko.

He clarified that according to the data provided by the Regional Military Administrations, 2,098,677 IDPs are registered in Ukraine. We are talking only about people who are officially registered as internally displaced persons. 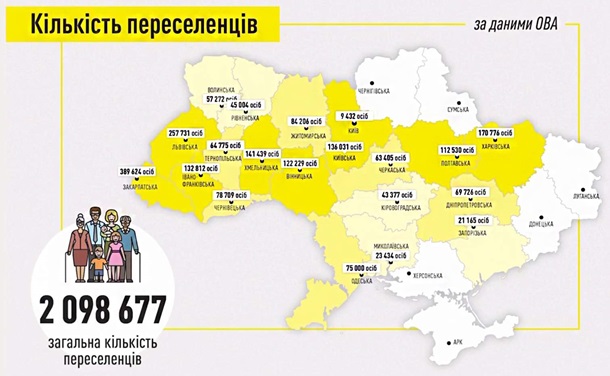 Office of the President

According to preliminary estimates, they require 599,622 apartments.

“That is, the total area needed now is about 34 million square meters,” Tymoshenko calculated.

He said that in order to provide IDPs with housing, by the end of the year they plan to build about 30,000 apartments with a total area of ​​one and a half million square meters. According to preliminary estimates, the cost per square meter will be 24 thousand hryvnia.

In addition, the authorities will buy ready-made housing from developers. 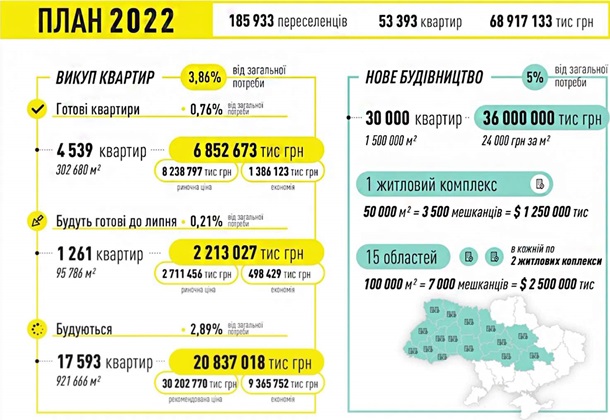 Office of the President

“Thus, by July it will be possible to provide people with almost seven thousand apartments,” he said.

Earlier it was reported that since the beginning of the war, the number of migrants in Ukraine has exceeded 7.7 million, or 17% of the population.