Public servants of Paraná held, this Friday (29), a day of protests and stoppage of activities in some sectors to pressure the Ratinho Junior government (PSD) for the payment of the base date and against the withdrawal of rights.

The Public Act that occupied the central streets of Curitiba also recalled the massacre of strikers that took place in 2015, when civil servants were mobilized in Curitiba to prevent the approval by the Paraná Legislative Assembly of the confiscation of R$ 5 billion from Paraná Previdência, one of the measures foreseen in the “Package of Maldades” of the then Beto Richa government (PSDB).

Read more: Paraná teachers organize act and strike this Friday (29) for payment of base date

“April 29, since 2015, has been marked as a day of struggles. In 2015, there was a massacre by the police against protesting servers. Since then, we have been resisting in defense of public services, the fight for the entire population of Paraná to have a quality public service, despite the Ratinho Jr. of quality for all”, said Marlei Fernandes, president of the Forum of Trade Union Entities (FES).

The act recalls the massacre at the Civic Center and demands a guarantee of rights / Photo: Giorgia Prates

Different categories of civil servants were present at the act to, in addition to marking the date as a day of mourning for the massacre suffered in 2015, also claimed the unified agenda for the payment of the base date.

For the president of the APP-Union of Public Education Workers of Paraná, Walkíria Olegário Mazeto, workers continue to be massacred. “Each year, the type of violence against us, the public servants, changes. This year, we are united with all categories in the fight for the base date, for the inflation replacement that already reaches 35%”, she explained.

According to a note from the FES technical advisor, since 2017 the government has not zeroed inflation in the base data of servers. The readjustments in the 2017-2022 period were the partial replacement of 2% in January 2020 and 3% in January 2022. As a result, the salary gap accumulated until April is estimated at 36.15%, with an estimated cost of R$ 9, 4 billion.

This means that civil servants lost 11.03 salaries in this period due to the non-application of the due adjustments. In the next twelve months, the estimate is that these workers will lose almost half of their salary – equivalent to 4.8 salaries -, that is, the civil servant takes home 8.51 salaries of the 13.33 salaries he receives annually. 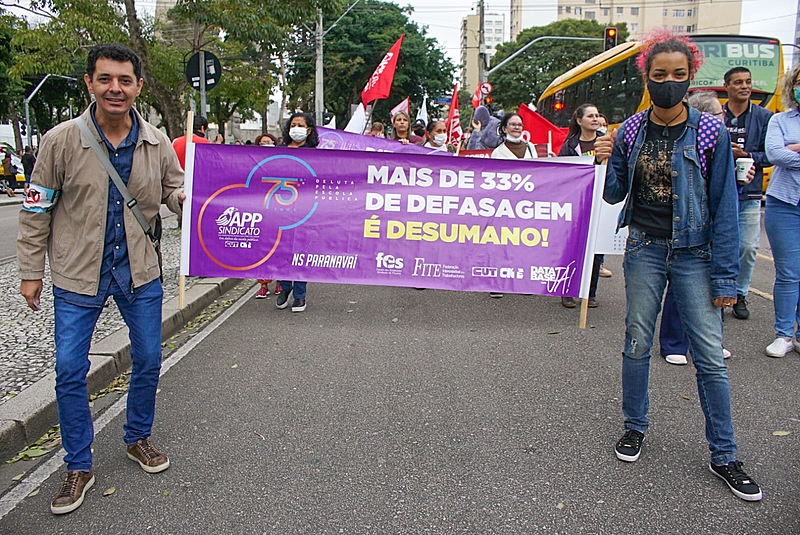 Since 2017, the government has not zeroed inflation in the base data of servers / Photo: Giorgia Prates

In addition to the payment of the base date, civil servants also demanded the immediate withdrawal of the social security discount for retirees, which went from 11% to 14%. And they also brought specific guidelines for each category and complaints about the government’s failure to value public service.

:: April 29, 2015: Massacre against teachers in Paraná is remembered with protest ::

The president of SindSaúde, Olga Estefânia, said that health workers are also on the streets in repudiation of the government’s omission with the category.

“We were on the front lines in the fight against the pandemic, many of us died, others became sick from the disease. [coronavírus], but also because of the bad working conditions, moral harassment, absence of holidays, employees, public tender and salary gap that remained even in the pandemic. We had recognition from the population, but not from the state,” he said. 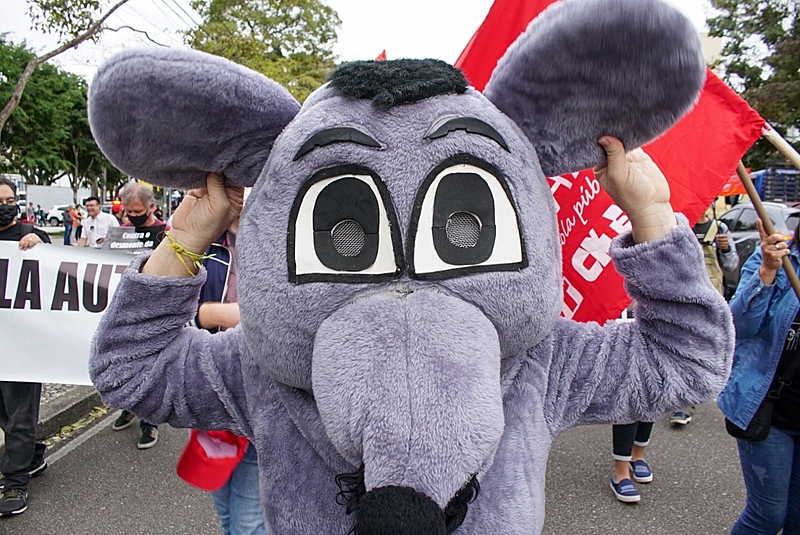 As for the president of the Union of Penitentiary Agents (Sindarspen), Ricardo Miranda, the date and the manifestation of the servers reflect the neglect of the state government with the public service.

“We have a government that refuses to dialogue and that tries to destroy the unions and demobilize the categories. That’s why it’s important for us to be here on the street to bring this reflection to society, of how much the government’s neglect implies in the lives of the population”, he highlighted.

After the walk, which left Praça 19 de Dezembro and went to the front of the Iguaçu Palace, FES representatives were waiting to be received by the government to, once again, try to negotiate the agenda of demands of the civil service.

The Cabinet of Ministers has expanded the program Affordable loans

The media estimated the cost of missiles fired in Ukraine