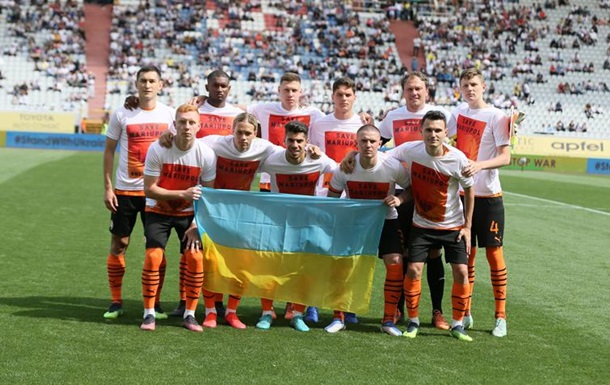 During the charity tour, the champion of Ukraine went to the game with Haiduk in special T-shirts in support of Azovstal and the residents of Mariupol.

The players of the Shakhtar football club, whose president is businessman Rinat Akhmetov, went to a charity match with the Croatian Haiduk in T-shirts with the inscription “We are Azovstal”.

The action was held to remind the world of the responsibility for people at the Azovstal plant and throughout Mariupol.

“The Azovstal metallurgical plant is constantly bombarded by Russian troops, while there are thousands of people in its cellars. The children at Azovstal have not seen the sun for more than 2 months. They are running out of food, they have little water, they are trying to be killed. Azovstal is a symbol of resistance and fight for life! – says in message club.

The game within the framework of the Shakhtar Global Tour for Peace against Hajduk ended in a fighting draw – 3:3.

Earlier, Shakhtar played a number of charity matches with Turkish clubs, in particular, won a strong-willed victory over Antalyaspor.

May Day demonstration ends in pogroms in Paris