Julian Assange is under arrest for the “crime” of revealing “secrets of the war machines of the great powers, in particular of the US empire and close allies”, states a manifesto of Brazilian organizations of journalists, professors, students and researchers in journalism. The International Assembly of Peoples also signs the document. The text was published this Tuesday (3), and marks World Press Freedom Day.

Responsible for publishing unpublished information about the US invasion of Afghanistan and Iraq, Assange is being held in the maximum security prison of Belmarsh, in London, England. In 2019, the administration of Donald Trump, then US president, asked for his extradition in a process that continues with Democrat Joe Biden in the White House.

Under a World War I anti-espionage law, Assange could be sentenced to more than a century in prison if he is extradited to the US. On April 20, the Westminster Magistrates Court authorized the journalist’s extradition and his defense now has until May 18 to appeal. If the case proceeds, the extradition will be decided by the UK Home Secretary, Priti Patel.

In an interview with Brazil de facto, the president of the Association of Journalists Profession (APJor), Fred Ghedini, claims that Assange is a “political prisoner” in the United Kingdom at the request of the US government. Ghedini also claims that the Brazilian media outlets that published the information obtained by Assange and WikiLeaks are failing to disclose the persecution against the journalist. 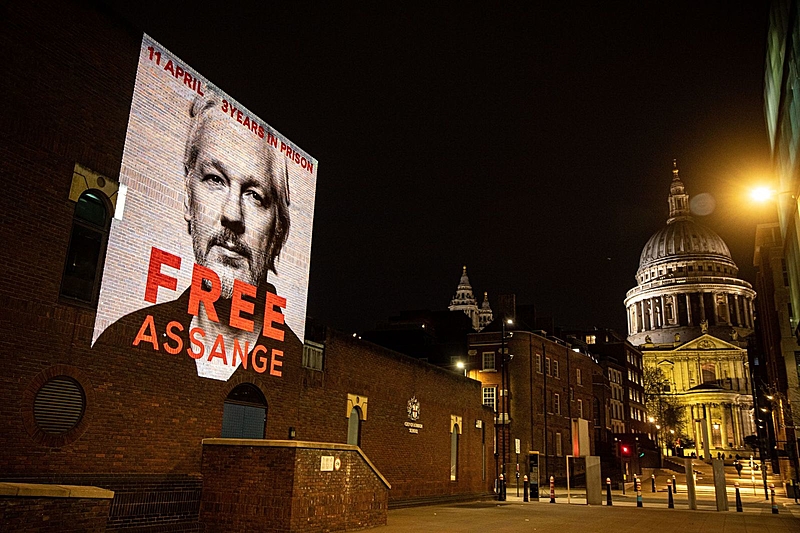 “We cannot let Assange, who fulfilled his role as a journalist, be blamed for fulfilling this role. And what the big newspapers, TVs and radio stations are doing right now is to omit themselves at this moment. the conviction of Assange. This is what needs to be made clear, is a criminal attitude”, evaluates the president of APJor.

“Assange is persecuted – and may lose his life – because he dared to tell the truth. He did not falsify the facts, he did not omit, he did not distort, he did not lie or deceive. lacked the courage to report what he discovered”, says the text

On this May 3, 2022, World Press Freedom Day, journalists around the world fulfill their duty to pay tribute to Julian Assange.

Through his struggle, determination and example, Assange contributed decisively to the advancement of knowledge and protection of the right to information across the planet.

Held in a maximum security prison in England and threatened with extradition to the United States – where he could be sentenced to life in prison and sentenced to death – his “crime” is well known. He revealed secrets of the war machines of the great powers, in particular the American empire and close allies.

He denounced lies, unmasked false heroes, uncovered shady dealings between governments. He verified allegations of execution and torture of prisoners and journalists.

In an example of professional rigor, his revelations were always accompanied by extensive documentation and by photos and videos whose veracity has never been disputed.

This is the drama with freedom of information this May 3, 2022. Assange is persecuted – and could lose his life – because he dared to tell the truth. He did not falsify the facts, he did not omit, he did not distort, he did not lie or deceive. He just fulfilled the duty of ascertaining the harsh reality of our 21st century. Nor did he lack the courage to report what he discovered.

Given the responsibilities he assumed, the risks he faced, Assange’s stay in prison will represent a step towards the creation of a state of exception on a world scale, compatible with a new international disorder already on the horizon, which threatens the freedom of men and women. and the self-determination of peoples.

In the name of your right to freedom – and also for the preservation of achievements that interest all of humanity – there is only one correct measure to take: free Julian Assange now.

Without bordering made for the wounded fighters of the MVS