Zelensky appealed to the UN Secretary General because of Azovstal 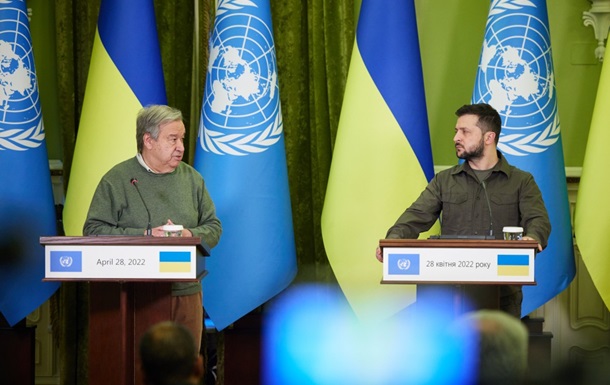 Guterres spoke with Zelensky in Kyiv on April 28

The Ukrainian president called on António Guterres to help conduct another evacuation mission.

President Volodymyr Zelenskyy had a telephone conversation with UN Secretary General António Guterres. The conversation concerned the evacuation of people from the Azovstal plant in Mariupol. About it informs press service of the president of Ukraine on the evening of Wednesday, May 4.

In a conversation with Guterres, the head of state noted the role of the UN and the International Committee of the Red Cross in the first stage of the evacuation of people from Azovstal. Then 121 people were taken out of the blocked plant.

“The whole world learned about the role of the UN and the ICRC in this. This demonstrated that international organizations can be effective,” Zelensky stressed.

At the same time, the Ukrainian president called on the UN Secretary General to facilitate another evacuation mission to rescue all the wounded from Azovstal.

“The lives of the people who remain there are under threat. Each and every one is important to us. We ask for your help in saving them,” he said.

Recall that on May 3, Russia began to storm the Azovstal plant. Two civilian women died that day.

On Wednesday morning, the assault continued and communication with the defenders of Azovstal was lost. By evening, the General Staff of the Armed Forces of Ukraine reported that the assault had not been successful. Tazhka managed to establish contact with the Ukrainian military at Azovstal.