A conference in support of Ukraine will be held in Slovakia 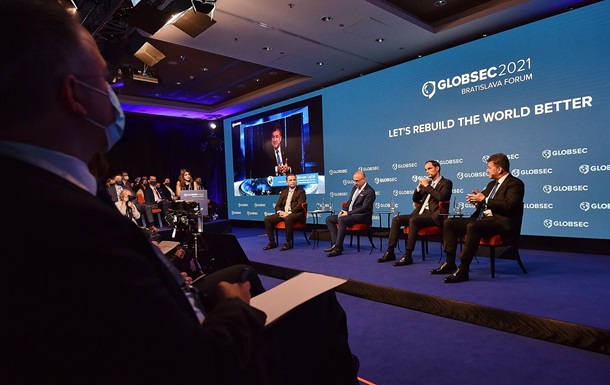 At the meeting with the participation of the leadership of a number of countries, the mobilization of military, humanitarian, economic and financial support for Ukraine will take place.

In early June, Slovakia will host a conference in support of Ukraine, which is expected to be attended by presidents and prime ministers of various countries. This was stated by Robert Vaash, President of the organization GLOBSEC, which initiated the conference, reports on Friday, May 6, the website of the Verkhovna Rada.

“GLOBSEC is preparing a large conference in Bratislava for June 2-4 to mobilize military, humanitarian, economic and financial support for Ukraine, where prime ministers, presidents are invited and offered Ukraine the chairmanship of the event,” the BP website reports, citing Vaash’s words at the meeting. delegations of deputies of the parliaments of the EU Member States (GLOBSEC) with chairmen of the committees of the Verkhovna Rada and First Vice-Speaker Oleksandr Korniyenko.

Vaash stressed that an international group of European parliamentarians, created under the auspices of GLOBSEC, arrived in Kyiv to support Ukraine in its struggle for sovereignty and independence.

“You are fighting not just for the Ukrainian land, you are fighting for Europe. These are the fundamental foundations of international law, therefore it is our moral duty to help you so that you are not alone in this struggle. Today, the future of the West is determined in the East. You pay with your blood for what it seems ordinary to us: democracy, freedom… You have shown that your place is in Europe, in the world of Euro-Atlantic values. And we will help you officially join Europe,” Vaash said.

Kornienko urged European colleagues to involve their parliaments and governments in the restoration of Ukraine, to become partners of Ukrainian regions and cities.


GLOBSEC is a think tank in Central Europe and organizer of the annual Bratislava Forum.

Recall that an international donor conference in support of Ukraine was held in Warsaw the day before.

Tags: aid to UkraineConferenceeconomicguidesheldhelphumanitarianmobilizationSlovakiasupportUkrainewar in ukraine

About 25 million tons of grain cannot be exported from Ukraine