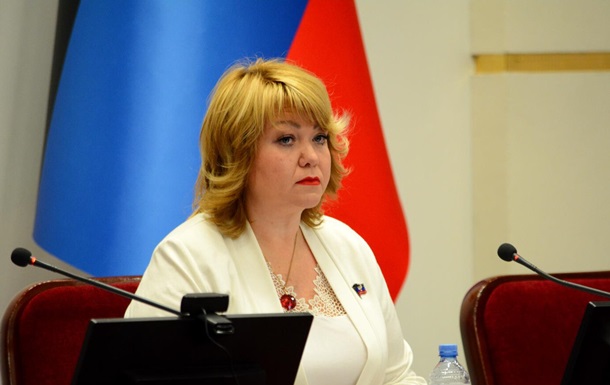 Olga Makeeva became the “ambassador” of the separatists in Russia

The leaders of the so-called “republics” of Donbass have appointed ambassadors to the aggressor state of Russia. This was announced on Friday, May 6th.

So, the leader of the “DPR” Denis Pushilin appointed Olga Makeeva as “ambassador”. Previously, she was a member of the “People’s Council”, as well as “Vice Speaker of the Parliament”.

In turn, the leader of the “LPR” Leonid Pasechnik appointed his adviser Rodion Miroshnik as “ambassador” to the Russian Federation. Previously, he participated in the Trilateral Contact Group for the settlement of the conflict in Donbass. He was also the press secretary of Viktor Yanukovych when he served as prime minister.

As you know, on February 21, Russian President Vladimir Putin announced the recognition of the “independence” of the “LDNR”. On the same day, he instructed the Russian Foreign Ministry to establish “diplomatic ties” with the Donbass separatists.

With seven parties, Lula has the broadest candidacy since 1989. Remember his alliances